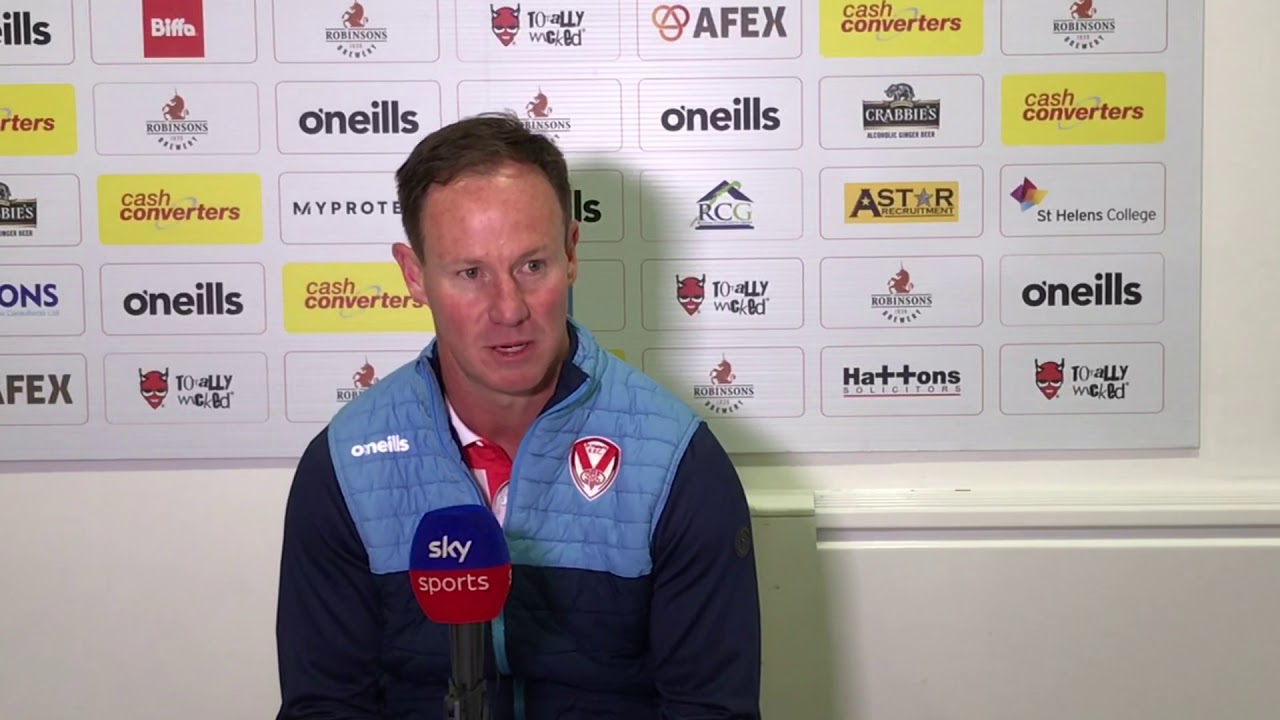 Saints started the game well through tries from Lachlan Coote, a first senior try from Jack Welsby as well as a score from Luke Thompson set us on our way, before Hull KR battled back through two tries from Kane Linnett and a Will Oakes try meant the visitors led at the interval.

But Saints were then the team to fight back and despite an early Shaun Lunt try, Kyle Amor, Aaron Smith and Regan Grace all went over to secure a win described as ‘huge’ by Head Coach Justin Holbrook.

Hear from Holbrook below as he reflects on the game, sheds light on the absentees as well as gives an injury update on Theo Fages.