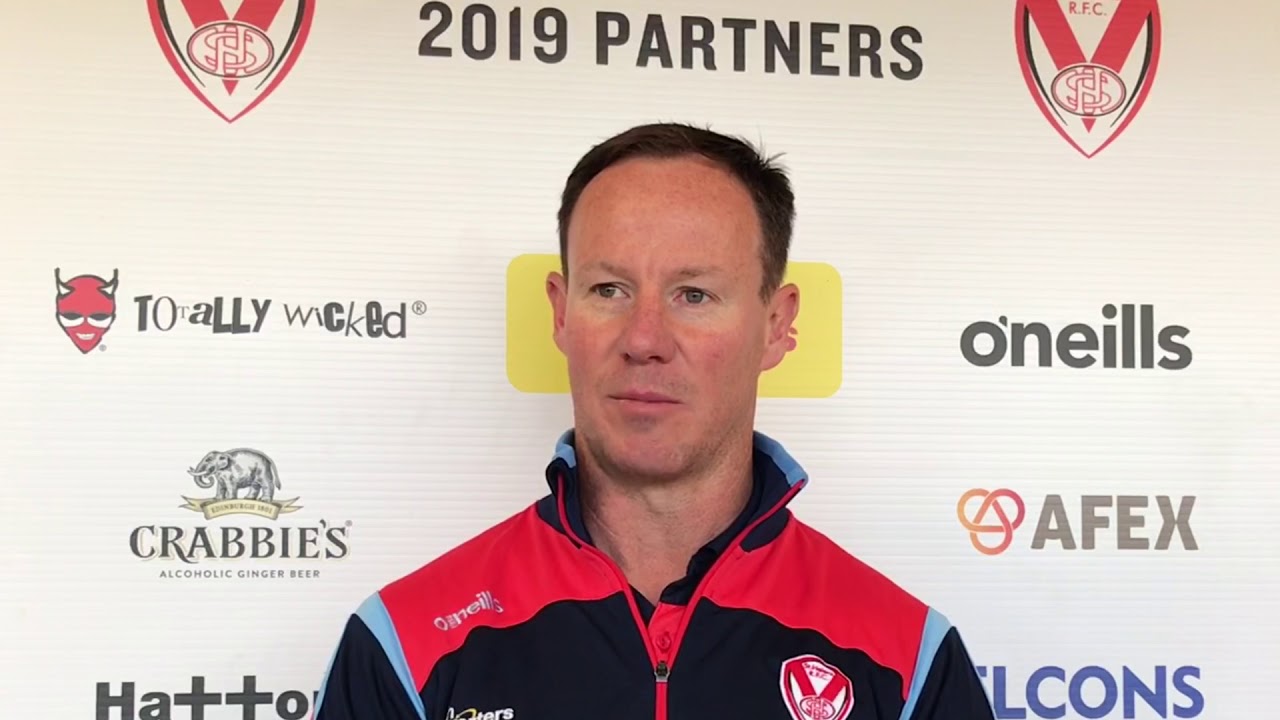 Saints head to the south of France to do battle with Catalans Dragons later this week and we will be hoping to maintain our 100% start to the season.

Fages was forced off after 20 minutes in the win over Hull KR last weekend whilst Roby missed out with a small niggling injury. Walmsley and Taia were all forced to withdraw late on because their partners gave birth whilst Percival was ill in the week.

And Holbrook spoke exclusively to Saints TV to provide an injury update ahead of the clash with Catalan on Saturday, (kick off 5pm UK time) as well as reveal that Danny Richardson will get his chance.

“Theo will struggle unfortunately. He has tore his oblique. He is a tough little character as we all know so when he had to come off the field I knew it was worse than it looked. He will miss a couple of games,” he revealed.

“That will probably give Danny Richardson an opportunity who has been playing well at Leigh so he will come into the side.”

Holbrook also admitted he is hoping James Roby will be fit to return and is confident Alex Walmsley, Mark Percival and Zeb Taia will all be fit for the trip to Catalan when we name our 19 man squad on Thursday.

“Hopefully Robes will be right and Big Al, Percy and Zeb will all be right to go. It is going to be a really tough game over there and we know what to expect, so we will be ready for it.”