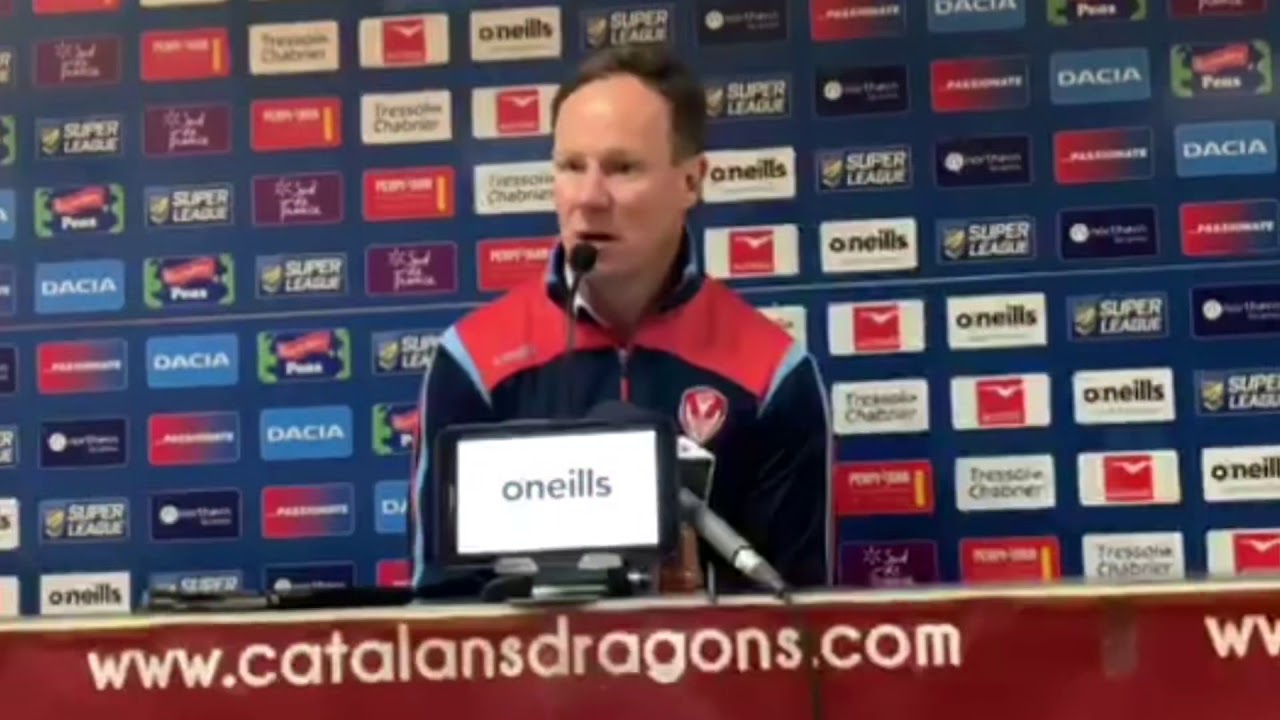 Saints went down 18-10 over in the south of France on a pitch descirbed as “boggy” by Saints Head Coach Justin Holbrook.

Dom Peyroux got us off to a flyer, before Fouad Yaha levelled the game up. Tommy Makinson put us back in front with a trademark finish, but Sam Tomkins sent the sides in level at the break. Saints dominated much of the second half, but a Tomkins penalty and a late Tony Gigot try won the game for the Dragons.

Holbrook felt there was not much between the two sides and declared he was “proud” of his players in defeat.

“It was a tough game. There was not much in it and obviously the heavy rain caused for a boggy pitch which meant we couldn’t do much with the ball.

“We weren’t urgent enough. All there tries came from kicks and I think they just had a bit more want and determination to win tonight, but I am proud of our side. We tried all the way and we defended really well and we just couldn’t get over the line.

“Credit to Catalans, it was a good win for them.”