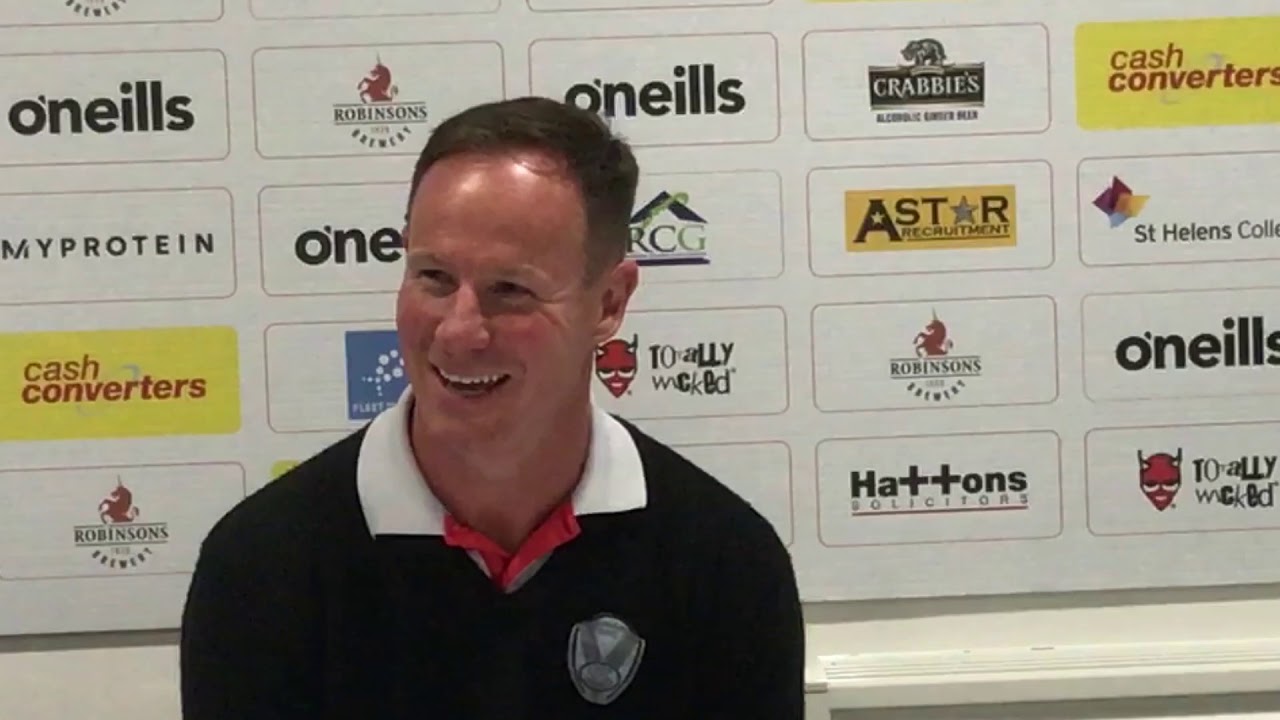 First half-tries from Mark Percival, Louie McCarthy- Scarsbrook and Jonny Lomax gave us a half-time lead, despite Blake Austin’s early try for the visitors. And we kicked on in the second half thanks to scores from Matty Lees, a 70-yard run from Regan Grace and a late try from Tommy Makinson which gave Saints a resounding victory in the top of the table clash.

Holbrook was naturally thrilled with the team’s performance as he spoke to reporters in his post match press conference.

“It was important game to win tonight against a dangerous side that we were good enough to keep relatively quiet which hasn’t been easy to do this season. I was obviously happy with everyone’s game, Regan had a great game, Kevin Naiqama stepped his game up tonight and I thought Jonny Lomax was quality as was Cootie. We had lots of good performers, but I thought collectively we were strong.”

Hear from Holbrook below who reflected on the season so far as well as looked ahead to the big derby clash with Wigan Warriors on Good Friday!