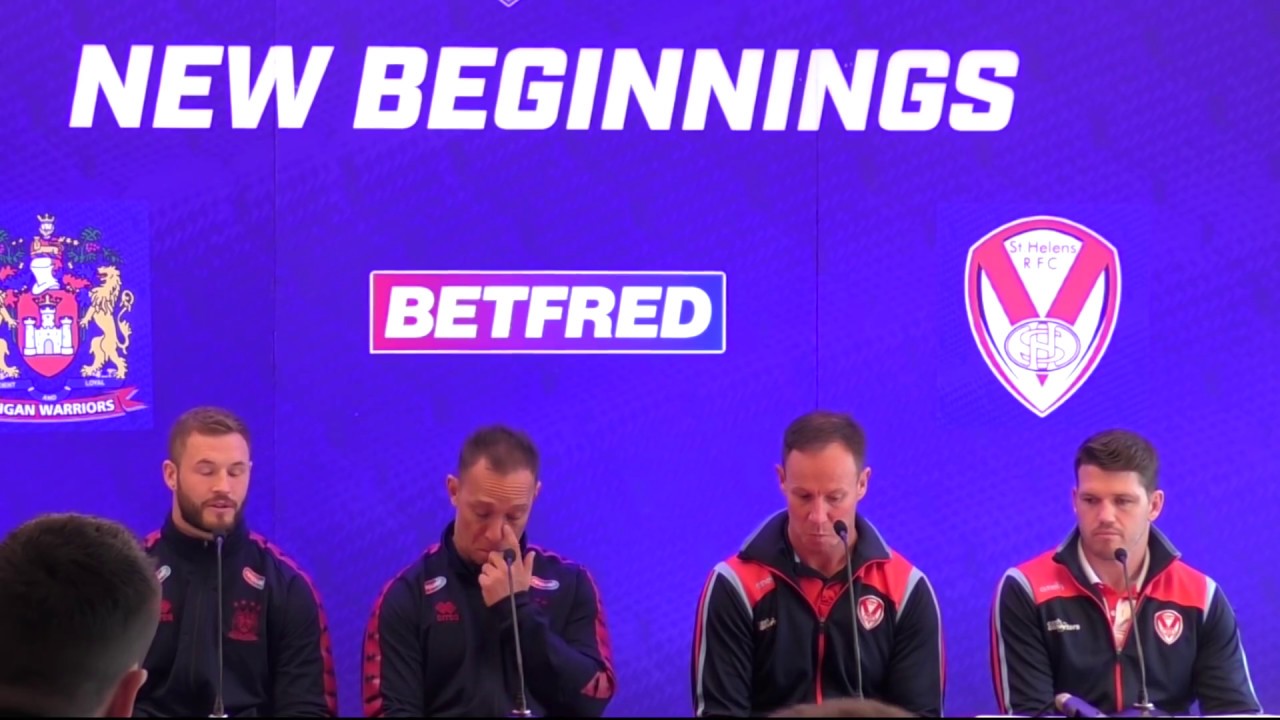 A total of over 20,000 tickets have been sold by both clubs with Saints fans flocking in their numbers to support the Red Vee over the road. We have sold over 5,500 tickets for the big clash with more tickets still available in the East stand for any fans still wishing to purchase last minute tickets.

Justin Holbrook revealed his 19 man squad earlier today and during the press conference said that he would assess the fitness of Theo Fages following the injury he sustained in the win over Hull KR.

“We are OK [injury wise]. I am not sure on Theo Fages, we will see how he looks later in the week, but everyone else is fine.”

On the opposite side, Wigan Head Coach Adrian Lam also revealed that they will assess the fitness of Sean O’Loughlin too ahead of the game.

Holbrook was asked about Wigan’s recent run of in-different form, but admitted both teams will be on top of their game when it comes to Derby Day.

“It is definitely [the biggest game]. Saints vs Wigan is massive for everyone given both sets of fans and the history. It is a massive day and we are looking forward to it.

“They are as dangerous as any other side in the comp on their day. They might not be happy where they are sitting after 10 rounds, but we have certainly seen what they are capable of.

“In any sport, in any derby, the two sides want to win more than everything. It doesn’t matter where both teams are in the table, both sides are prepared to play at their best and it will be no different on Friday.”

Hardaker labeled the game ‘like a final’ and his opposite number Coote is well aware of the hostile environment he will come up against on Good Friday.

“It was a great atmosphere [in round one]. Justin warned me about it being hostile and I am expecting nothing different this week. I am really excited to see what it is going to be like.”

He was also asked about his start to life at the Saints as well as his reaction to the love the Saints fans have shown him.

“I am enjoying it since I have been at the club, it has been awesome. We have a great bunch of blokes and playing behind the forwards makes my life much easier.

“It was a pretty emotional night against Warrington, walking around with that atmosphere. To think where I was at last year, thinking I was coming to the end of my career but coming to the Saints really got me firing again and finding the love for the game again.”