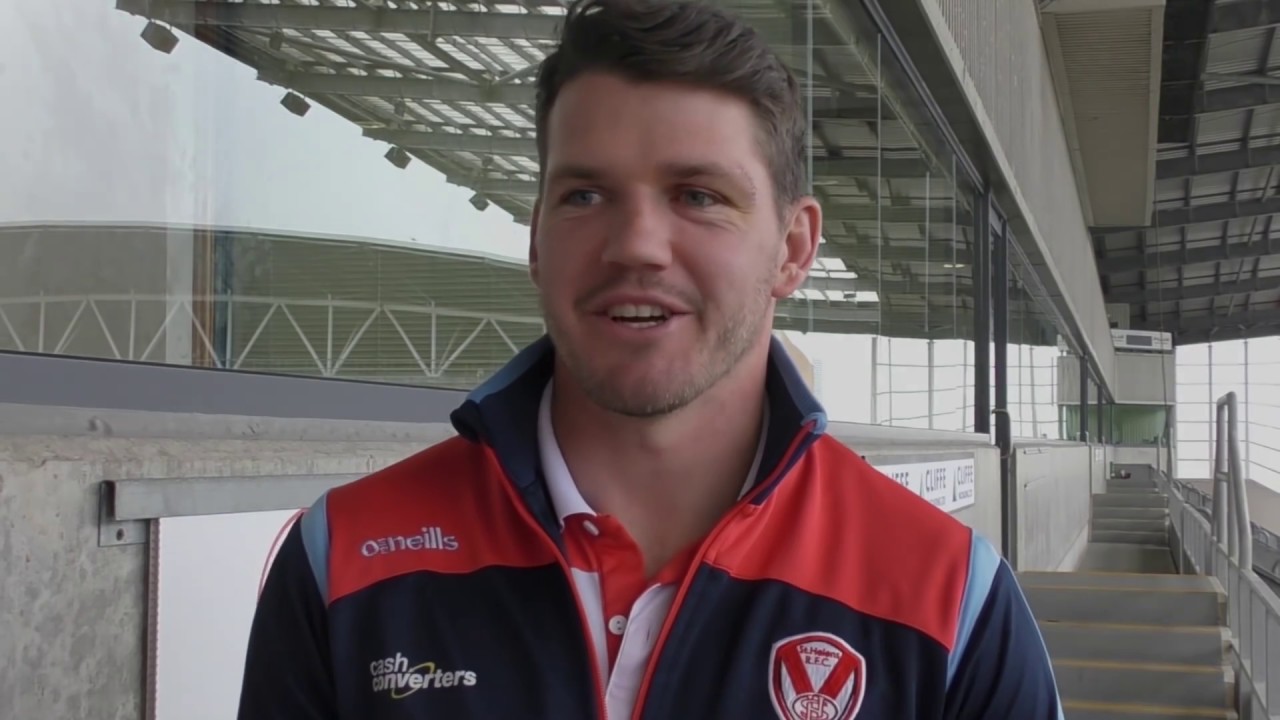 Watch: Coote thanks fans for support ahead of Derby

Coote has been one of the stand-out Saints stars so far after signing from North Queensland Cowboys in the off-season and a string of impressive performances at full-back, has led to the Saints fans instantly warming to him.

And with that the Red Vee fans have come up with their own personalised  ‘He is the reason’ Coote chant.

We caught up with Lachlan at a joint press conference ahead of the Good Friday derby to ask him what he thinks of THAT song.

“It’s unreal. It is something I have never experienced before. I said earlier I got a bit emotional Friday night walking across that West stand and I cannot thank the fans enough for the amount of support they have given me so far, it’s unreal. I had the song in my head all night and I can’t stop singing it and I know the lyrics now!”

Coote looked ahead to the Derby clash on Friday where Saints have sold over 5,500 tickets and he insists the fans support has been ‘awesome’ and is hoping for more of the same on Friday.

“There is no reason why you cannot get up for this game. There is probably around 25 thousand fans set to attend and most of them are Wigan fans so there is no doubt they will be firing for Friday’s match and hopefully we prepare well and get everything sorted for that.

“[Our away fans have] been awesome. All the boys love their support going away and hearing their cheering all game and it is going to be no different on Friday. The amount of fans we are bringing is unheard of and what they did for us over in Catalans, we heard them all game and I am sure we are going to hear them on Friday!”

A total of over 20,000 tickets have been sold by both clubs with Saints fans flocking in their numbers to support the Red Vee over the road. We have sold over 5,500 tickets for the big clash with more tickets still available in the West stand for any fans still wishing to purchase last minute tickets.