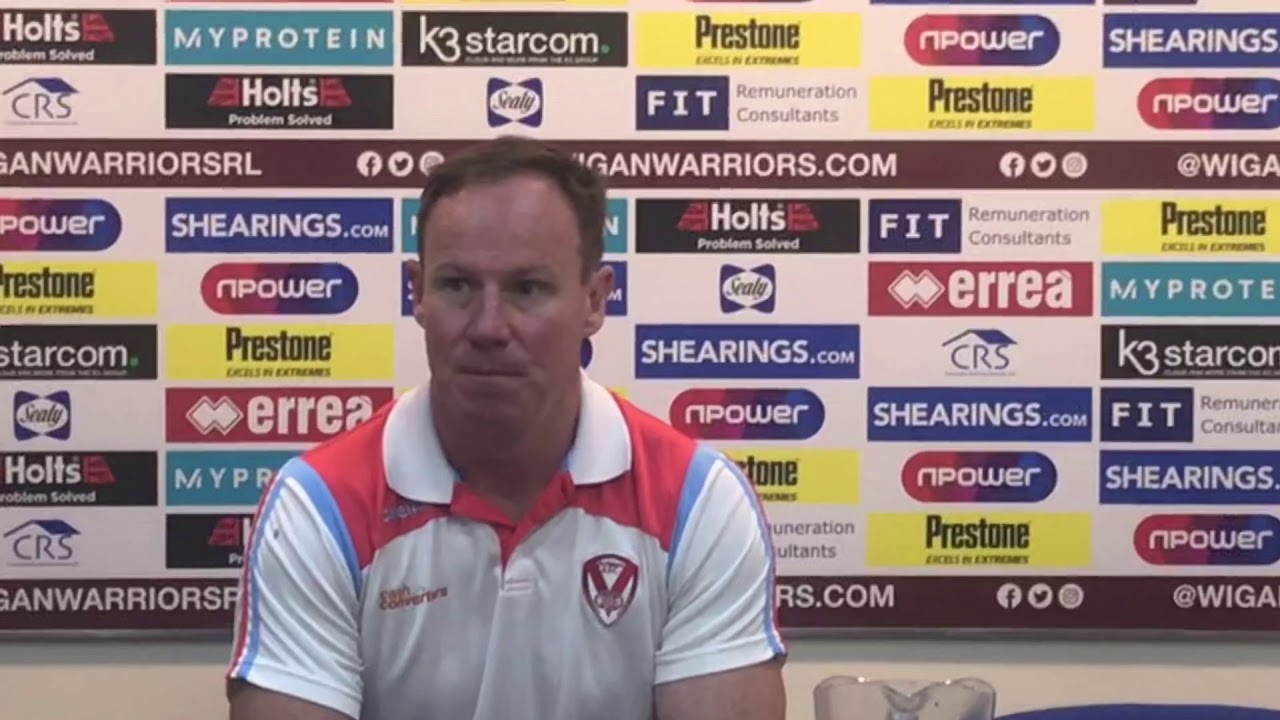 Tries from James Roby, Tommy Makinson and a hat-trick from Regan Grace gave Saints a thoroughly deserved 36-10 win over rivals Wigan at the DW Stadium on Good Friday, but the result did come at a cost as Percival and LMS will both definitely miss the Easter Monday clash with Hull FC according to Head Coach Holbrook.

Percival pulled up after just 10 minutes holding his hamstring and was replaced by LMS who filled in at centre, only to hobble off himself in the second half with a knee injury.

Holbrook revealed that both players will definitely miss Easter Monday’s clash with Hull FC at the Totally Wicked Stadium.

“Louie is no good, he has hurt his knee, said Holbrook. “Thomo [Luke Thompson] will be ok after getting a hit on the head, but Louie won’t play for a few weeks. It looks like an MCL [medial collateral ligament] injury. His knee is in a brace so he will be out for a while as will Percy with a hamstring injury.”

On the win, Holbrook was pleased with how Saints backed up the win over Warrington last time out.

“To play so well today after such a big game last week against Warrington, I am really pleased, he continued. “Everyone payed well again which is why we are playing so well. Obviously we got tested a bit today losing a couple of troops, but every club has to put up with that and I thought we handled that really well. Some guys had to play a lot more minutes than normal and some out of position so to back up last week to do it in a good fashion today was great.”

Holbrook also had some fond words for Grace after his hat-trick.

“He is playing really well. Finishing off some tries he is a good player to watch run the ball, he is exciting and quick and it was a great try in that second half in particular.”