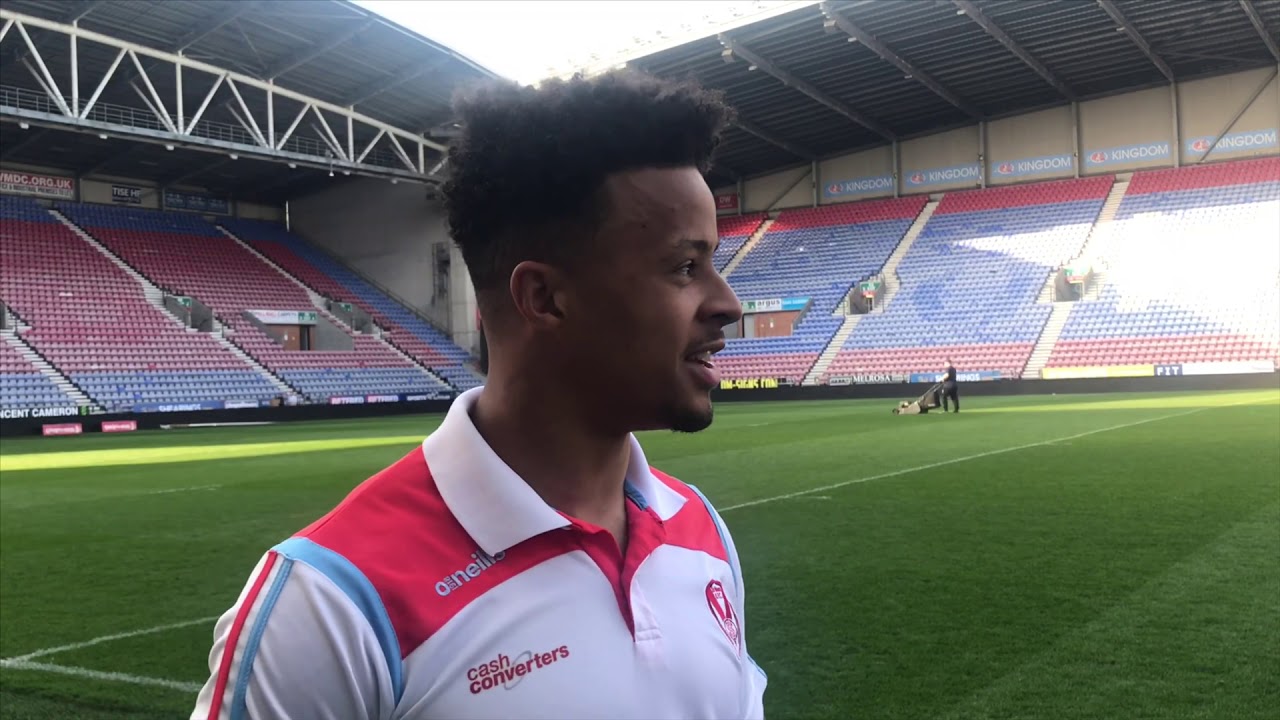 Grace was the hero on Friday as his three tries helped Saints come away from the DW Stadium with the derby spoils.

Post-match he chatted exclusively to Saintsrlfc.com and was naturally delighted with his first career hat-trick in such a memorable game.

“It’s class. I have never scored a hat-trick before so to do that against Wigan on a Good Friday derby is amazing,” he said.

“The crowd really get us going. Walking back to my position for the kick-off’s and they are all going mad, it’s mental.

“The full 80 minutes [against Wigan] was a battle I am glad we came out on top, despite going into half-time having just conceded just before but the effort form the boys was outstanding. We didn’t make any excuses we just kept on going.”

Saints now host Hull FC at the Totally Wicked Stadium on Easter Monday with the game kicking off at 3pm and despite the quick turn-around Grace admits he and the rest of the squad just need to be ready for the challenge.

“We just have to do everything we can to recover now going into the game on Monday. We have got some good momentum behind us now so we just need to be ready.

“Hull are a physical team so it will be similar to today [against Wigan]. It will be a good hit out, two big teams going at it. I think it will be a great game.”

You can buy tickets for Saints clash with Hull FC online here, or by calling into the Ticket Office at the Totally Wicked Stadium.