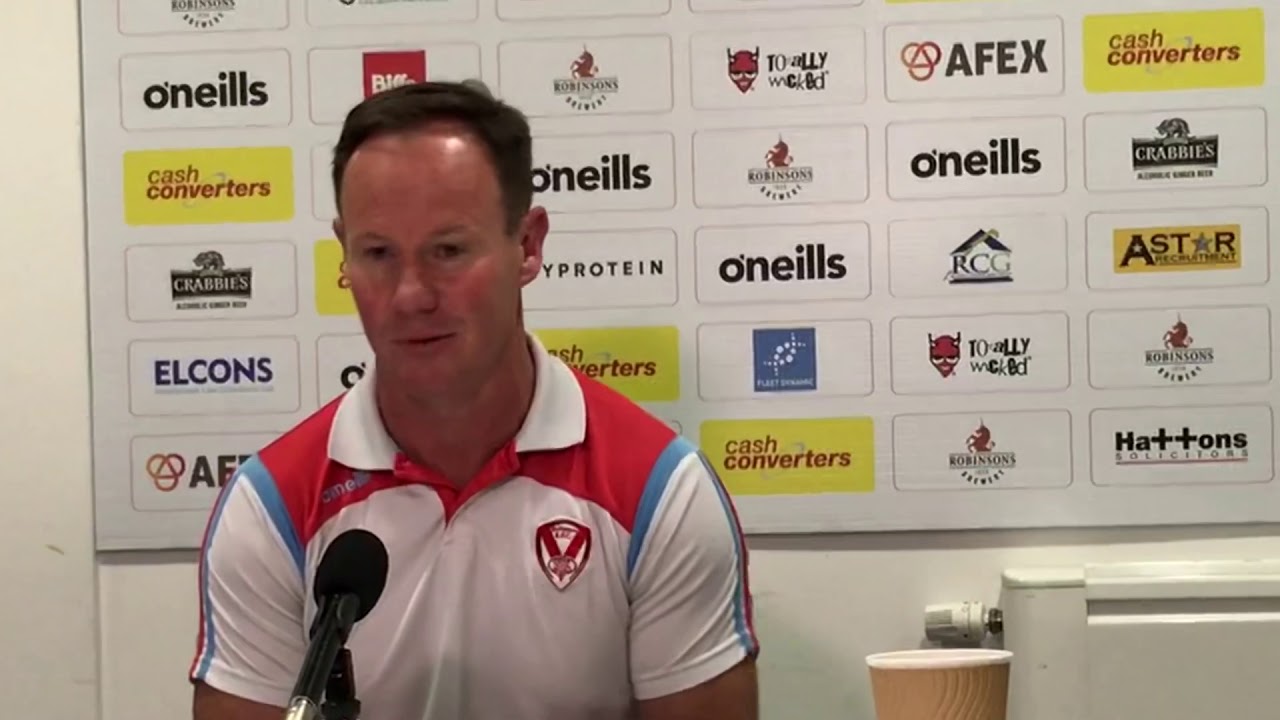 Saints fell behind after two early tries from Joe Westerman and Carlos Tuimavave, but responded and ran away with the game scoring 11 tries thanks to four tries from Kevin Naiqama, a hat-trick from the returning Adam Swift, plus two from the excellent Jonny Lomax on his 200th career appearance as well as scores from young Jack Welsby and Lachlan Coote.

Holbrook singled out praise for Lomax who described his performance as “one of the best games” he has seen from a half as well as stating that he feels Naiqama has “really stepped it up” in recent weeks after scoring four tries in the win.

He also credited the work of Morgan Knowles and Matty Lees with the latter playing long minutes in hot conditions in the win over Wigan on Good Friday as well as today against Hull FC.

On the injury to Luke Thompson, Holbrook said: “I don’t think it will be good. It looks like syndesmosis on his ankle. We are not too sure on the time frame yet, but every team goes through injuries and we have a good medical team here so I will be making them work over time.”