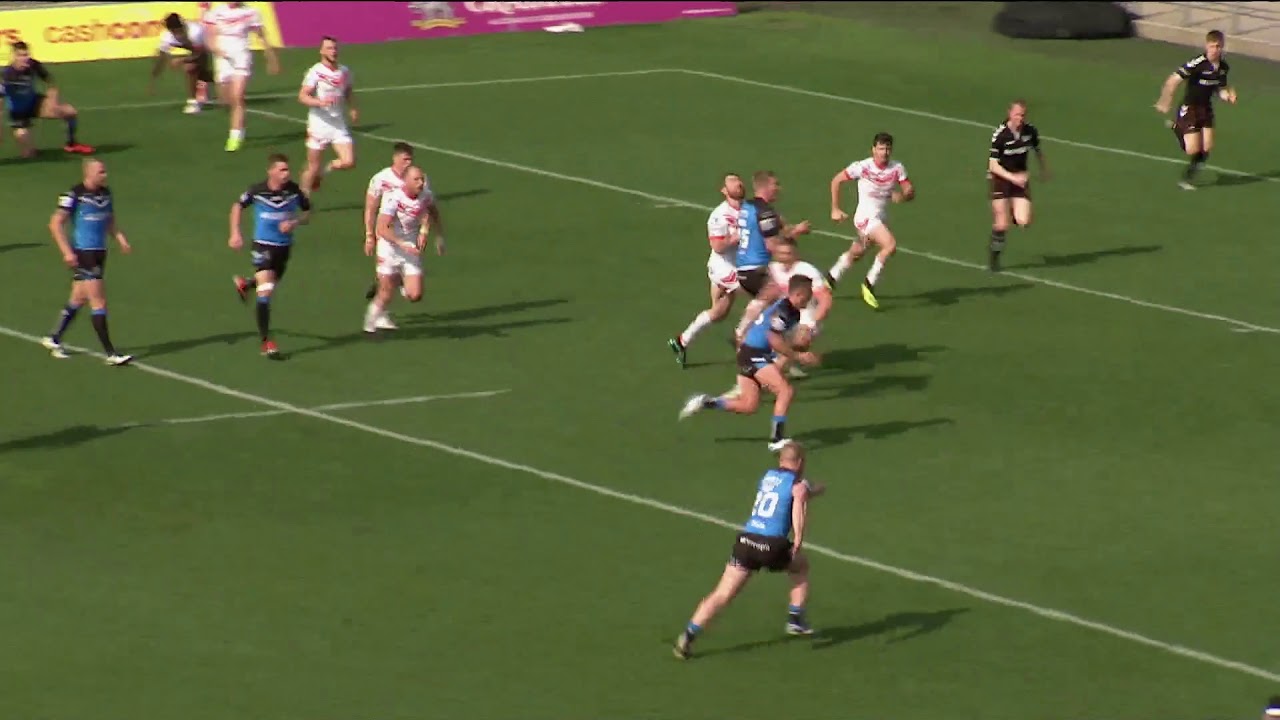 Saints fell behind after two early tries from Joe Westerman and Carlos Tuimavave, but responded and ran away with the game scoring 11 tries thanks to four tries from Kevin Naiqama, a hat-trick from the returning Adam Swift, plus two from the excellent Jonny Lomax on his 200th career appearance as well as scores from young Jack Welsby and Lachlan Coote.

The win did come at a cost mind as Morgan Knowles picked up a one match ban whilst Luke Thompson picked up an ankle injury and Justin Holbrook shed some light on that injury in his post match press conference.

Holbrook is expected to give a further injury update ahead of Saints clash with Catalans on Sunday later this week.

Next up for Saints is a home game against Catalans Dragons on Sunday (kick off 3pm) as we hope to gain revenge for the defeat over in Perpignan earlier this season. You can buy tickets for the game online here, or by calling into the Ticket Office at the Totally Wicked Stadium.