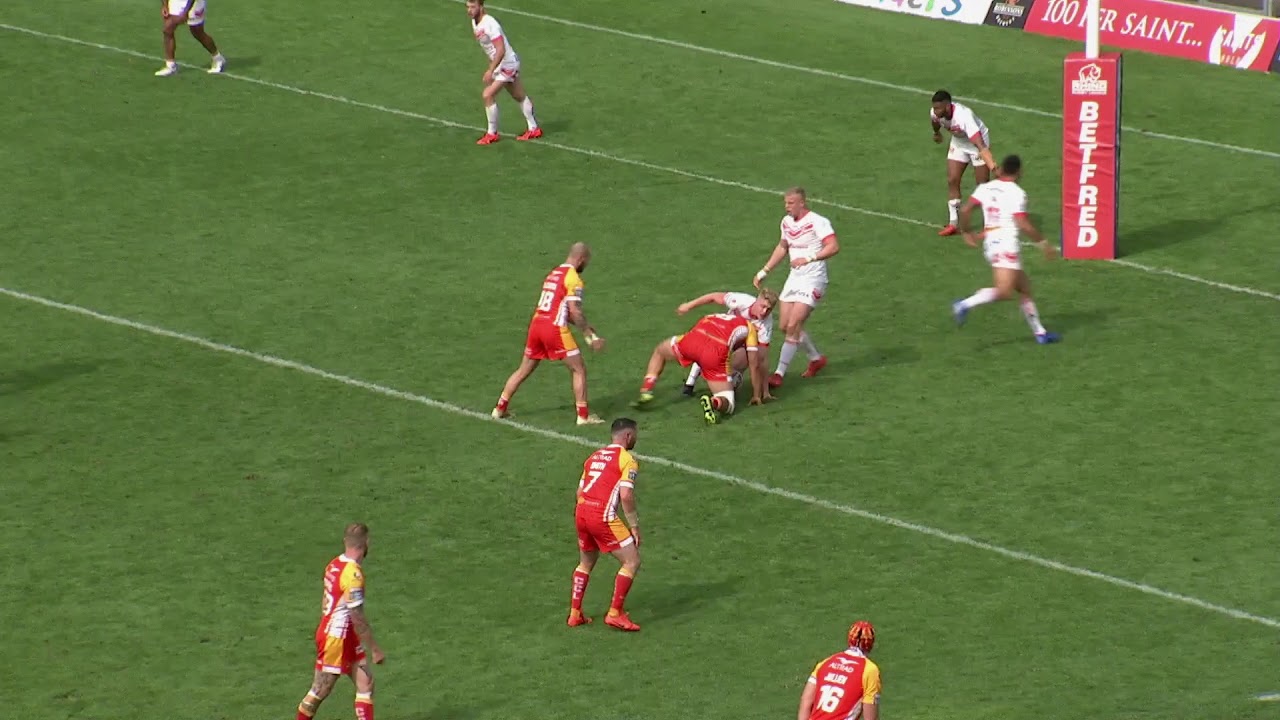 Saints fell behind to an early Brayden Wiliame try but came storming back with first half tries from Adam Swift, Zeb Taia and Aaron Smith. Second half scores from the returning Theo Fages, Dom Peyroux, Jack Welsby and a hat-trick from Matty Costello secured another two points for Justin Holbrook’s men. Brayden Wiliame did grab a late second before Lewis Tierney scored a further late consolation.

You can watch all the tries as well as a few powering runs from big Alex Walmsley in the extended highlights below.

Holbrook was delighted with how his young players seized their opportunity in the win and you can watch his post match press conference here.