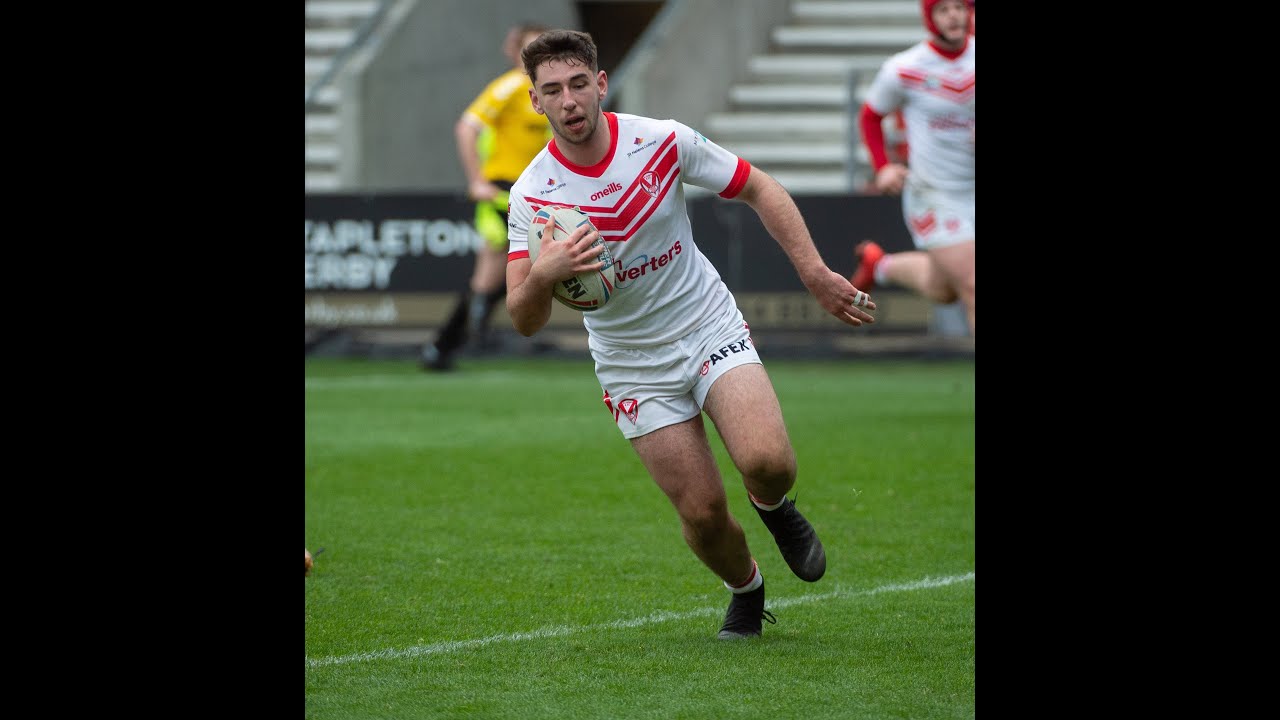 Saints were ahead in only the second minute due to a fabulous try from full back Tom Nisbett.

Lewis Dodd’s cut-out pass put Nisbett away on a 50 metre run down the left flank. As he approached his opposite number he had the option of passing out to Jumah Sambou on the wing, but chose instead to use his winger as a foil dummying to him and strolling the last 20 metres to the posts.

On quarter time Dodd was again the instigator against his home town club this time putting the ever willing Matty Foster through a yawning gap. He took it to the fullback passing inside to the supporting Keenan McDaid. The hooker had 20 metres of open field, but stumbled before the line. In the act of doing so he miraculously flipped the pass out to Kye Siyani to score, again under the posts.

The Vikings capitalised on some missed opportunities for Saints by scoring out wide through Jacob Dugdale with minutes to go to the break after a try saver from Nisbett a tackle earlier.

The start of the second period saw the game turned on its head in the opening 10 minutes as the Vikings went ahead, scoring twice thanks to tries from Bradley Calland and Declan Baker.

Foster unfortunately knocked on on with line open, before the Vikings stretched their advantage with their fourth try of the match on the hour mark with a score from Daniel Hill.

The turning point came with nine minutes to go as the Vikings, having bombed another try minutes earlier, hit the posts with a drop goal attempt which would have put them two scores ahead.

The Vikings were by now out becoming increasingly tired and only just managed to hold Foster up over the line on the last. Great line speed saw the Saints get a repeat set pushing the Vikings back over their own line on the first tackle.

Nisbett and Pye drove the ball in and from the play the ball Dodd’s show and go down the left saw him round the cover on his way to the corner.

Unfortunately his conversion went narrowly wide leaving the Saints still behind by two.

But Saints showed great maturity from the kick off by not panicking but going through the process driving deep into the heart of the Vikings.

On the last, the ball was spread to the right were Captain Sam Royle went around the cover on a 30 metre run to the fullback. He calmly looked inside before passing to the returning Joe Sharratt to go the final 20 metres to touch down in front of the Saints fans who had gathered for the triple header at the Totally Wicked Stadium.

He was rightly congratulated by his team mates who hung on in the final two minutes for the win.