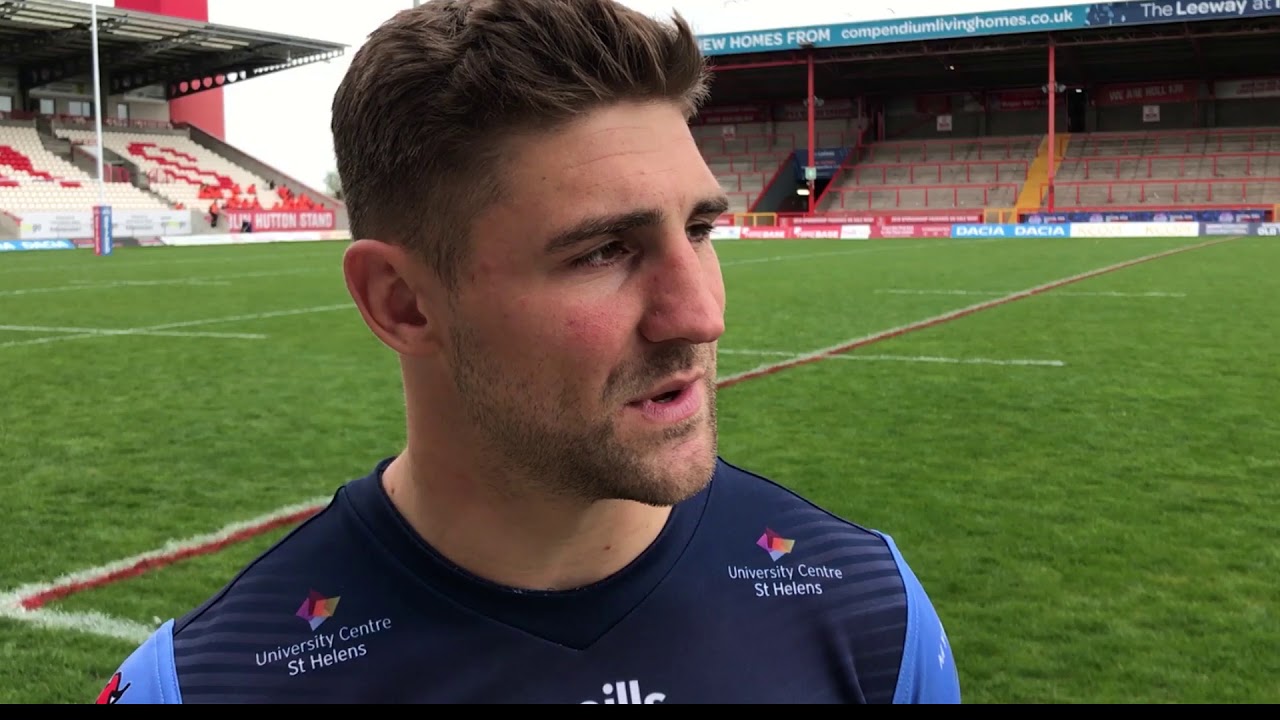 WATCH Makinson: I just love playing for this club

Makinson crossed the white line on 30, 51 and 68 minutes and he was naturally delighted with his hat-trick, but admitted the two points was the most important aspect.

“There were a few nice tries in there, anything to help this team. We were a bit scrappy all round today, I don’t think any of us were at our best, but to come out with some pivotal tries is always nice and it helped us get the two points.”

Adam Swift grabbed a hat-trick of his own against Hull KR’s neighbours Hull FC a few weeks ago and Makinson admits, he was delighted for Swift whilst he is enjoying playing with fellow hat-trick hero Kevin Naiqama on Saints’ explosive right edge.

“That [the wing] is my favoured position. I can play a few different positions, but I was made up for Swifty, he is a great player and playing alongside him at centre is always nice and credit to him. I think our right edge is really starting to fire now and that is helping us both and it will be nice to get a few more.

“Naiqama was on fire. He set me up for a couple too and it is always enjoyable playing with him and you ask Swifty or Reeges, in training he is always on fire and he is difficult to defend so I am glad I am not defending him.”

Jonny Lomax impressed again with a number of crucial defensive plays and the former Golden Boot winner, Makinson, was full of praise for his England teammate whilst admitting he just loves playing for Saints!

“People like Jonny Lomax, you don’t really see what he does until you look back. You will watch the video of that game and see him make two or three pivotal plays like he does every single game and it seems to get brushed over. He is unbelievable to have in your side and like a lot of our guys, Robes, Big Al, and I thought Kyle Amor was awesome today, as was Jack Ashworth. They both lifted us when we needed it and it is a real pleasure playing with these guys that is the reason I am here and I just love playing for this club.”