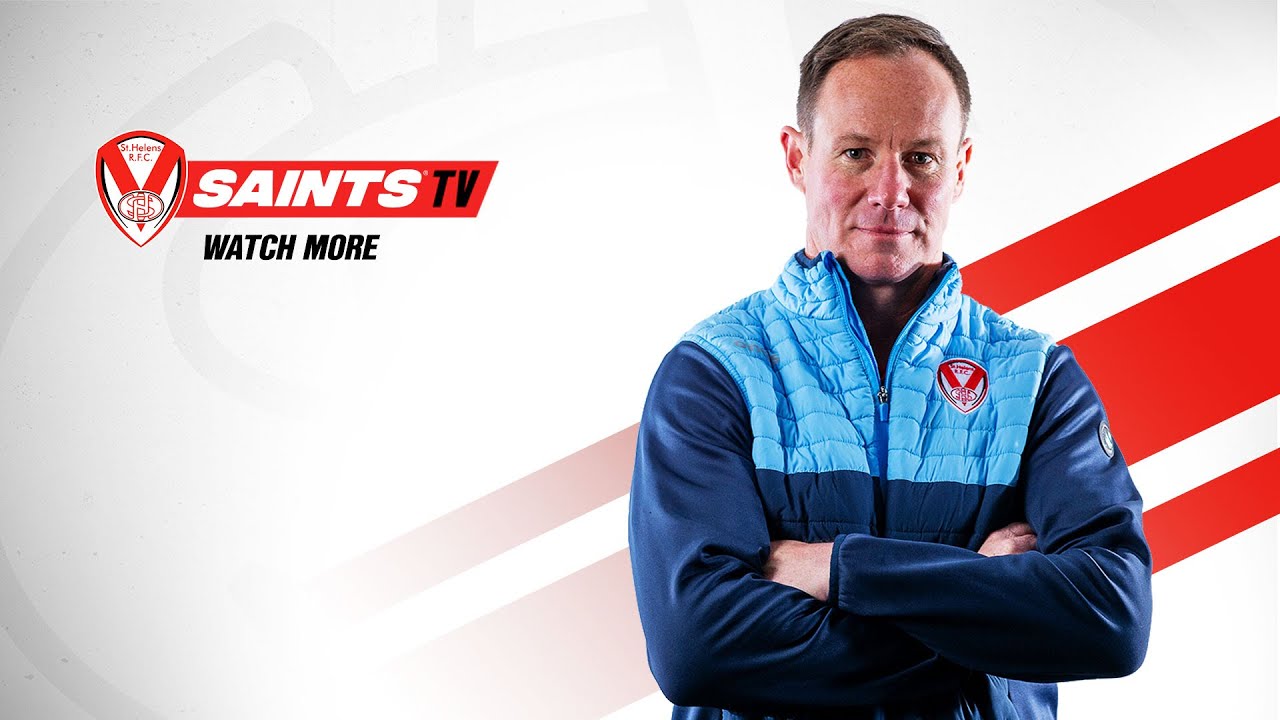 WATCH: Challenge Cup means Giants will be much harder to beat

Saints battled past the Giants back in Round 6 of Super League following a 40 points to 12 victory and the Yorkshire based team lie 9th in the Super League table, but Holbrook believes the Coral Challenge Cup “levels the playing field” as Catalans Dragons proved last year, winning the trophy after an inconsistent Super League campaign.

“What it does is it puts everyone on a level playing field due to the fact everyone knows they can win three games to get to Wembley, said Holbrook. “Catalans proved it last year, you don’t have to be consistent, you just have to pick your mark and play well on the day so that is the way Huddersfield will approach it this week.

“For us, obviously we are playing well and we want to play the same, but we want to treat it differently because it is different and we know that Huddersfield are going to be a lot harder to beat on Sunday than they would be in a normal Super League game.

“When sides aren’t sitting high in the Super League table it gives them more incentive to go for another bit of silverware and everybody wants to win the Challenge Cup so it’s going to be a tough game, but we know that and we will be ready for it.”

Holbrook also gave an insight into his 19 man squad which will be named here at saintsrlfc.com on Friday at around 12 noon.

“Everyone pulled through OK [against Hull KR] so it will be pretty similar to what we ran with on the weekend.”

Sunday’s game kicks off at 6:05pm at the John Smith’s Stadium and Holbrook is hopeful Saints fans can get down to support the boys.

“It will be great if plenty of Saints fans can get down. Obviously it is a late kick off on Sunday, but the importance of the game will be huge and we have always had good travelling fans and I know it is an awkward time and day, but for anyone who gets the opportunity it will be great to have them come down.”

Earlier this week young Aaron Smith signed a contract extension to his deal which will keep him at the club until 2022 and Holbrook concluded with some praise for the 22-year-old.

“Anyone who pulls on our jersey knows the importance of it at the club, but it is also a lot more special for anyone that has grown up here. Every young kid in the town wants to play for Saints and wants to play Super League so for him to be given the opportunity and to be living that is great. He has proven he is a Super League player this year and it gives us a great luxury when Robes has got a bit of a bump or bruise that Aaron can step in and not miss a beat so he is a great young kid on and off the field and that is important to us here and it is exciting.”