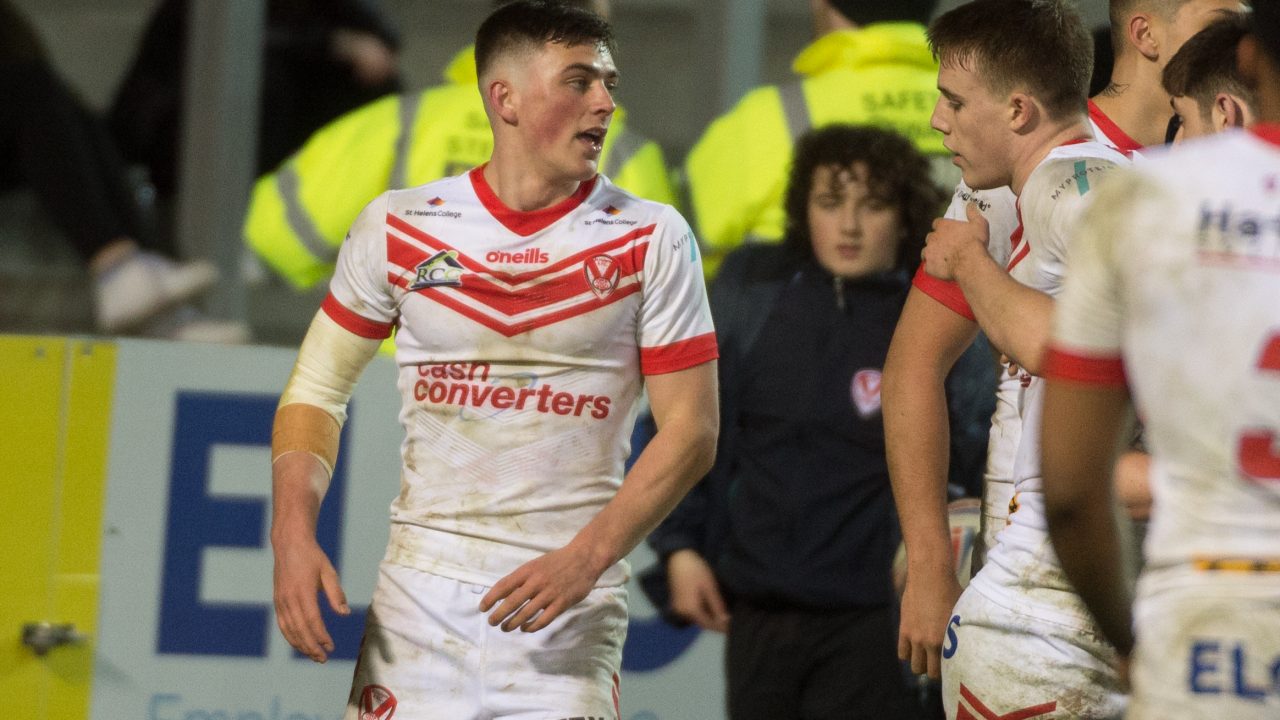 Josh Simm scored the opener on the last tackle as Ryan Horne spotted a gap down the short side jumping out of dummy half. He fed it to Sam Royle who made enough of a break to feed Simm who stepped inside the full back to stride under the sticks.

From the restart the Saints marched down field again attacking the Thunder down the right on the last. This time a sharp cut-out pass under pressure from fullback Harvey McDaid put Tom Nisbett away. He took it to the full back before feeding captain Royle to go in for the second try.

The Thunder had a glorious chance to reply, but knocked on over the line before opening their account with a try from dummy half through Oliver Gowing.

Saints extended their lead on the half hour through a Jake Wingfield try. A last tackle grubber from Horne was taken in goal and a great kick chase from the Saints meant the full back remained there.

Man of the Match Lewis Dodd went through the line fed it inside to Kye Siyani who in turn fed Wingfield to go under the posts after juggling with the ball.

But the thunder scored twice in the final five minutes of the half to go in only two points behind thanks to tries from Jack Allen and Thomas Wilcox.

Saints Head Coach Traynor brought Harry Brooks off the bench to stiffen up the middle and boy did he do so with the Thunder finding it much harder to go forward.

A good run from his own line by Harvey McDaid coupled with drives from Jamie Pye and yet another from powerhouse winger John Hutchings put the Saints deep into Thunder territory.

On the last the ball found its way to the impressive Dodd whose weaving run towards the centre of the field gave him the chance to step through a chink of a gap before taking on and beating the full back to the side of the posts.

His fourth conversion gave the Saints an eight point cushion, but on the hour mark several Thunder offloads culminated in a try down the left before the game was finally made safe with two tries in a five minute period.

On the last a fabulous grubber from Wingfield was grasped out of the air by Dodd again to score his second of the game under the posts. Dodd then showed his class, carving out an opportunity for Simm to put the game to bed.

A pass from Siyani was swept up by Dodd who side-stepped inside three would be tacklers before committing the full back, getting a whack for his troubles, in the process of putting Simm away. With Dodd receiving treatment Simm converted.

There was just time at the end for the hosts to score a last gasp consolation try but Saints were home and dry.

Next up, a tasty derby vs Wigan Warriors at Robin Park Arena on Saturday, 2pm kick off.