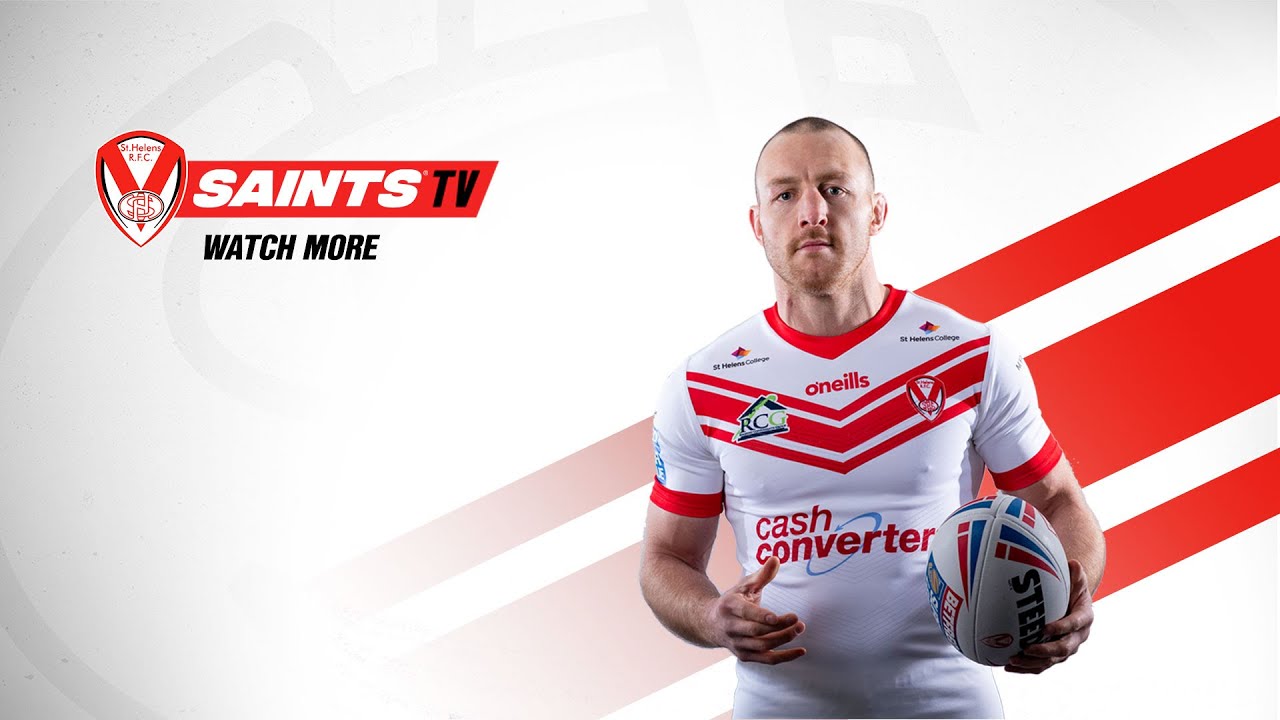 Watch: Roby stresses the importance of the Challenge Cup

Roby won the Challenge Cup on three consecutive occasions back in 2006, 2007 and 2008 and is the only member of the current Saints playing squad who has tasted success at Wembley.

And ahead of Saints’ Round 6 clash with Huddersfield Giants at the John Smith’s Stadium on Sunday, Roby admits he has been stressing the importance of the competition to his teammates.

“I have nothing, but fond memories of going to Wembley and playing in the Challenge Cups. I have been fortunate earlier on in my career to win three Challenge Cups back to back so I realise, since we have not been to Wembley for quite a while now, how lucky I was.

“It is definitely a great experience and I am trying my best to stress to some of the lads how important it is and the sacrifices that we make on a day to day basis and how worth it is when you get to Wembley like that.”

Head Coach Justin Holbrook admitted earlier in the week that the Giants will be a different challenge on Sunday given the change in competition and Roby agrees, pointing to the fact that consistency will be key.

“It is great and very exciting the way the competition is now with three wins and you are at Wembley. We know it’s going to be a tough game, Huddersfield will get up for it and it is at their ground and so they will be rubbing their hands at that, but it is one that we are really looking forward to because we have been going well as a team so I think they key for us is consistency and keep working hard.

“It’s a new competition and a bit different from the week to week Super League and they will definitely be attacking it a bit differently. They are a quality team and they have some big men who will try and trouble us as well as little trick plays and offloads so we are going to have to be on our game and concentrate, but I am confident if we can stick to our game, play the way we do, we can get a good result.”

Roby was rested against Catalans a few weeks back and our no.9 admits he has 100% faith in the Saints squad, in particular his understudy Aaron Smith who has recently signed a new contract.

“I feel fine. Justin has been looking after me a little bit, since I am getting a bit older, but that is one of the beauties of our squad at the minute. I think we have got fantastic cover in every position and it is full credit to Justin and the staff, he concluded.

“It is a luxury for us we have Aaron Smith who can play my position and it is great for the club he has signed a new deal and I am really made up for him. He is a young lad who works very hard and does the right thing on and off the field and I think he has got a good future.”

Tickets for Saints’ Coral Challenge Cup Round Six clash with the Huddersfield Giants at the John Smith’s Stadium on Sunday (kick off 6:05pm) are on sale from just £10 for adults. Click here for more information.