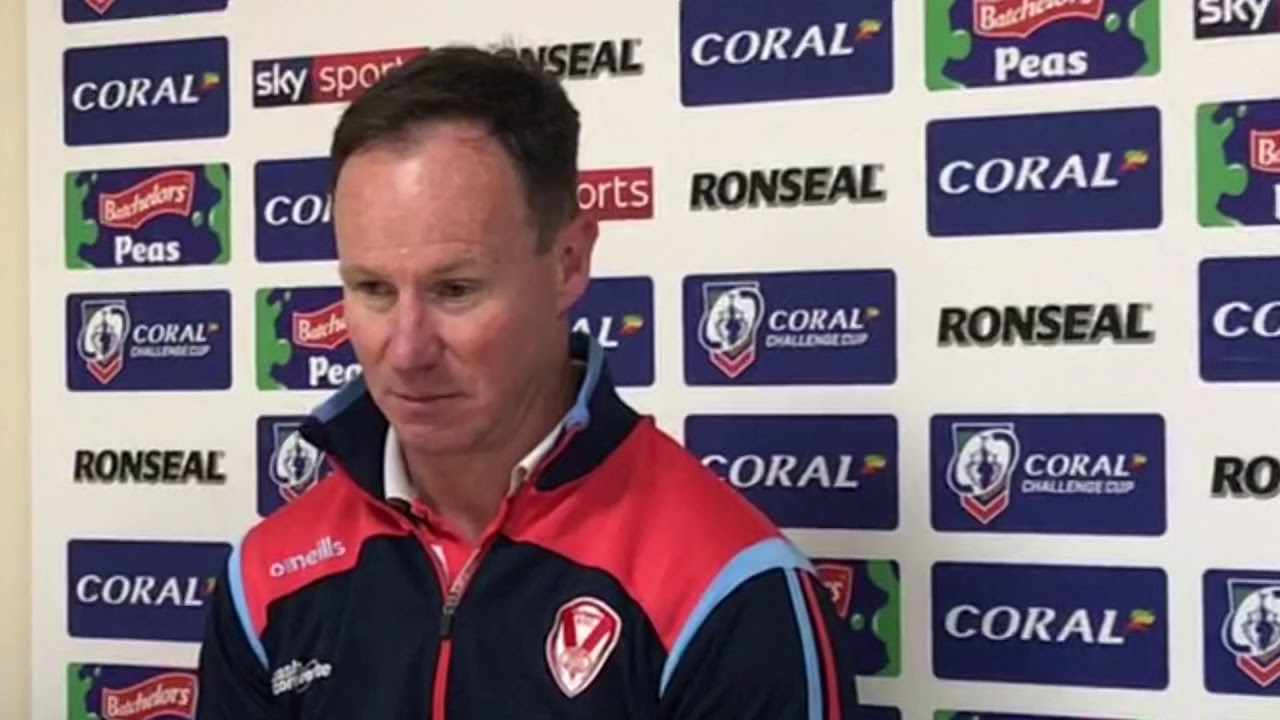 Saints had to battle for their 22-16 victory and Holbrook admitted he was happy to progress in what was a “very tough” game. Despite not being able to kick clear of the Giants, Holbrook was pleased with how his side controlled the game.

“I am happy to get the win, but obviously a very tough game and that is what the Challenge Cup does. It puts everyone on a level playing field and everyone wants to get to Wembley and Huddersfield had the same plan as we had. We expected a tough game and we got it.

“We would have liked to have finished them off, but the ruck was the slowest I have ever seen so that made it very difficult, but look it was just a hard game and the pleasing thing was we couldn’t quite kick clear and finish them off, but we controlled the game and that is what I have said a number of times this year..

“The second half we couldn’t kick away, but on the whole we controlled the game. We were only six points ahead and it never felt comfortable, but the way we were playing and obviously some of our last plays we need to improve on, but generally we were in control of the game and that was the most pleasing thing. One is to win the game and two we controlled it quite well. ”

Saints have been drawn at home to Wakefield in the quarter final of the Coral Challenge Cup and Holbrook is expecting another tough encounter.

“It’s another tricky game, like today. They are really capable of playing really well and they can always test any side in the competition so it’s another tough game.”