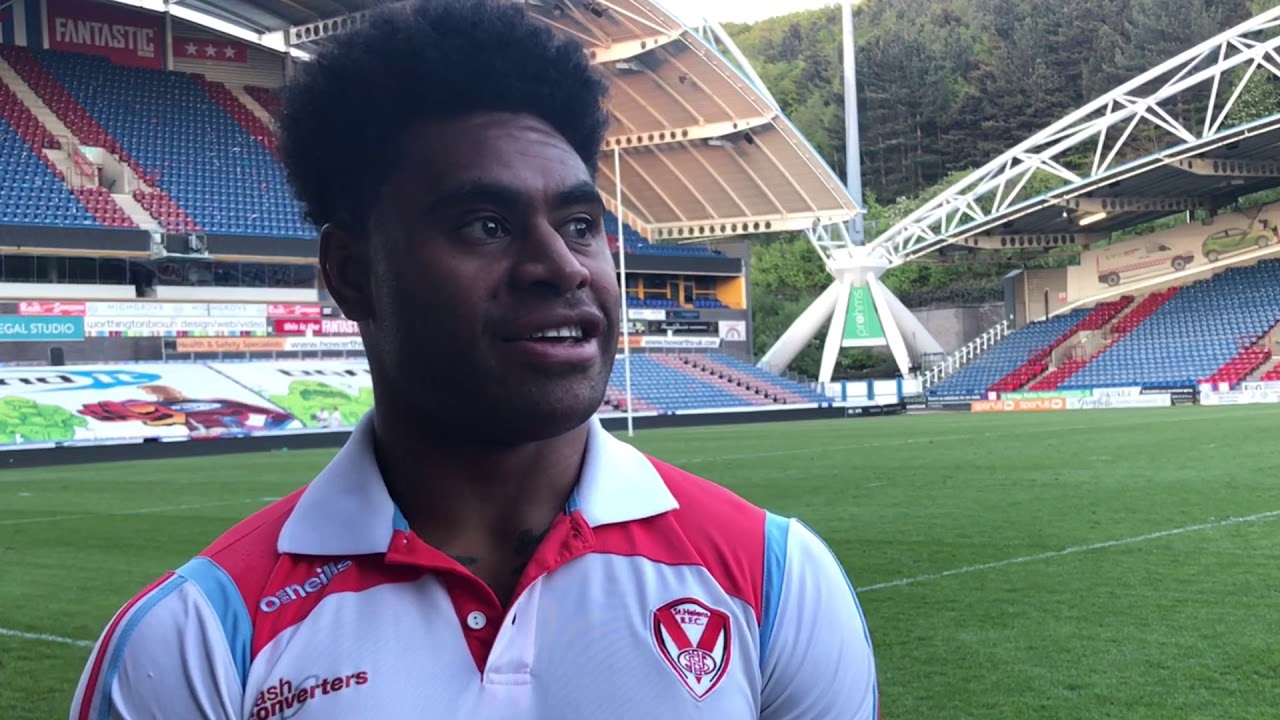 WATCH: Naiqama insists there is more to come from Saints

Naiqama is in red hot form having scored four tries against Hull FC, a hat-trick against Hull KR and a try in what proved to be the winner in yesterday’s 22-16 win over Huddersfield Giants in the Coral Challenge Cup Sixth Round.

And the centre had his first experience of the Coral Challenge Cup in the win over the Giants and admits he really enjoyed the knockout rugby.

“We have been scoring a lot of points and that was becoming infectious. If we poked our nose through we thought we were going to score a try but today it was good to show some patience and continue to build our sets. It was definitely a learning curve for us in the last two weeks and we recognise that, work hard and get better.”

Commenting on his current form, Naiqama paid credit to the work of the forwards whose hard work has resulted in the Saints backs profiting and the Fiji international admits there is still more for Saints to ‘grow’ and improve.

“It is a team effort. From one to 17 the boys have been really good and especially today we needed everyone on side and Huddersfield played until the final whistle and for us outside backs our form comes on the back of our forwards and they have been setting a real good platform for us and we are getting a lot of joy on the edges with Cootie, Theo and Jonny running our plays.

“For me and T Mak [Tommy Makinson] it has been good and at the same time I feel we are still building as a team and I feel like there is still so much for us to grow and that is the exciting thing for us.”

Saints took over 1,500 fans to the John Smith’s Stadium for a Sunday tea-time kick off and Naiqama paid credit to the travelling contingent.

“They were awesome. Every time we did something good, their energy was infectious and we all feed off that. Our St.Helens fans have been awesome all year and it is one of the strengths of the club and it is so great to have that support. Every away game feels like a home game and it is a bonus for us and hopefully we can see them at more away games leading into the rest of the season.”

St.Helens will play Wakefield Trinity in the Coral Challenge Cup Quarter Final at the Totally Wicked Stadium after defeating Huddersfield in the Sixth Round.