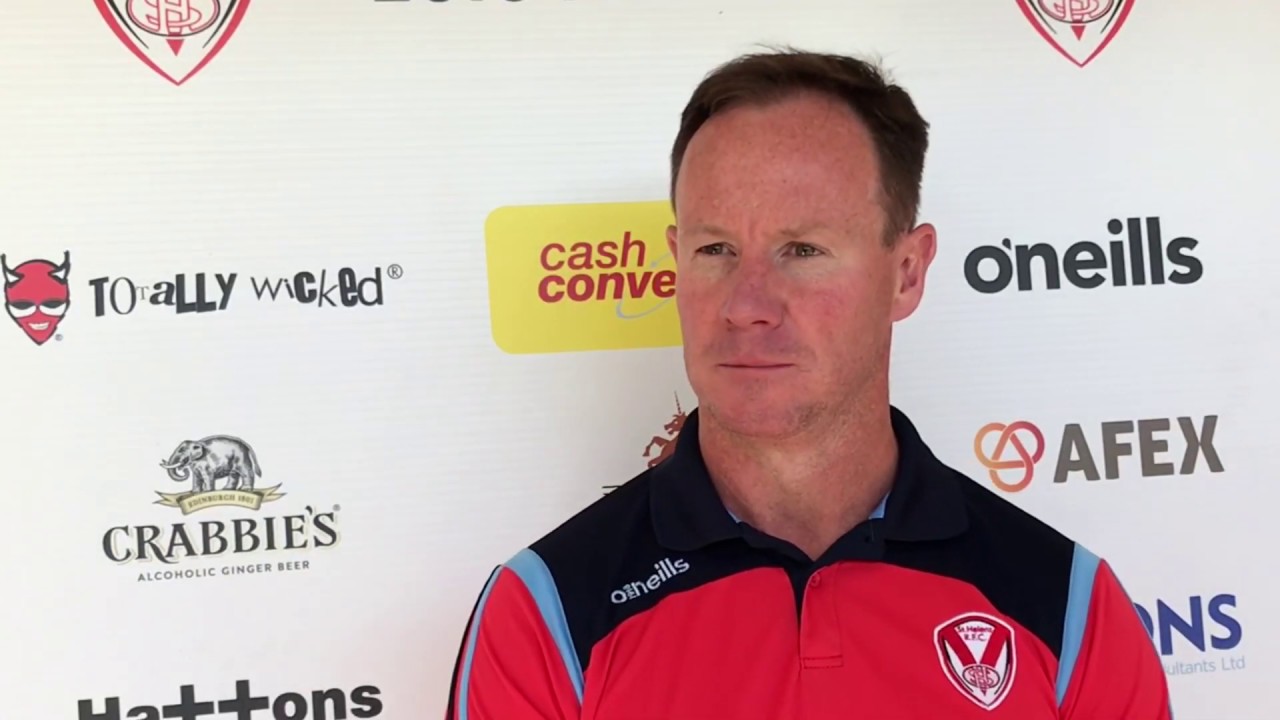 WATCH: Holbrook on Salford, the Challenge Cup and Saints fans

Saints face Salford Red Devils in a Heaven vs Hell clash on Friday at the Totally Wicked Stadium with kick off at 7:45pm before a Coral Challenge Cup Quarter Final tie with Wakefield Trinity.

Friday’s opponents Salford have been rather inconsistent thus far, but Holbrook is well aware of the dangers they possess, especially through the likes of halves Jackson Hastings and Robert Lui.

“We know what they are capable of. They had a great, dominant win over Warrington a couple of weeks back and went over to Catalans and thumped them over there which nobody has been able to do. So they are a real dangerous attacking team. They execute their plays really well. Every team run plays, but there is a difference between running plays and executing it well and Salford do run their plays really well.

“Through Jackson Hastings and Robert Lui in the halves, they are the dominant playmakers in their side and do a really good job for them. ”

Holbrook named his 19 man squad earlier as James Roby was left out with a minor injury niggle and he admits that he will make a few changes to the team if other players are not fit in time for the game on Friday.

“We are looking OK, but we have got a couple of bumps and bruises after the game on Sunday that is for sure, so we will get a closer look closer to Friday and if they are all OK it will be pretty much the same, but if not, we will make a few changes.”

Mark Percival, Luke Thompson and Louie McCarthy-Scarsbrook have been out for a few weeks, but Holbrook has revealed all three are on track with their injury recovery.

“They are progressing really well. There are no setbacks which is great, but they won’t be back any earlier than we thought so they are still a couple of weeks away, but all three are going really well.”

Holbrook also had some fond words for the Saints fans who played such an important role in our win over Huddersfield in the Coral Challenge Cup, whilst he believes Wakefield will pose a similar threat to that of the Giants.

“It is such a big stadium which can be awkward, but for us to have so many fans there on a Sunday at 6pm for an awkward time slot, played a big part for us staying alive in the Challenge Cup so it was great to see.

“Wakefield is another tricky game. I thought Huddersfield were always going to be tricky and they are capable of playing really well like they did on Sunday. Wakefield are in the same bracket. They are as good as anyone on their day, but it is fantastic to be playing it at home, I think that is awesome and something we are really looking forward to.”

Before the Saints face the Red Devils and Holbrook admits he and the players are looking forward to the fans cheering us on at the Totally Wicked Stadium.

“It is great to be back at home this week and the boys and myself are looking forward to that.”