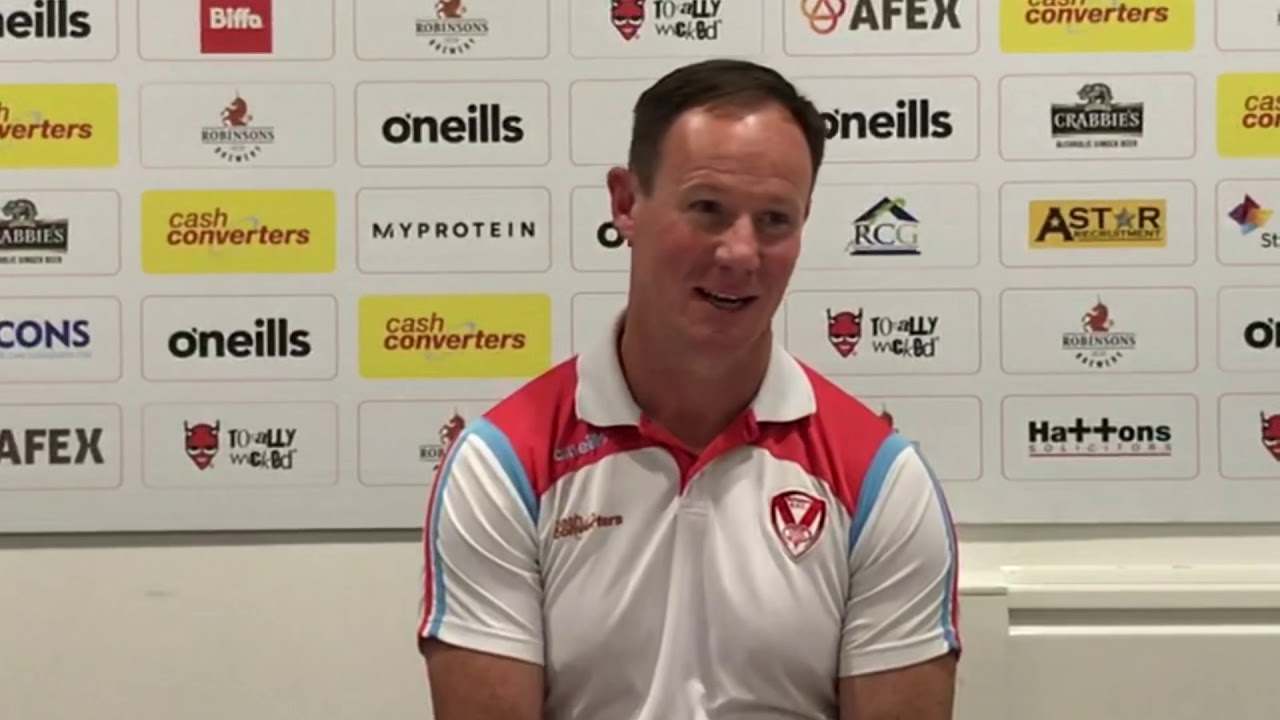 Saints trailed 16-30, but came roaring back as Lachlan Coote completed his hat-trick and Tommy Makinson brought Saints back to within four points before substitute Bentley won it in the dying seconds in dramatic fashion with Coote kicking the crucial two.

And Holbrook was delighted with the way his players responded in an ‘entertaining’ game of rugby league.

“Last week I was happy to win and I’m glad we won that one too! What an entertaining game of rugby league. We started great and flew out of the blocks and then Salford got some opportunities and took them and then they got on top in the second half. Massive credit to the players for finding a way to storm back and go onto win the game. It’s good to win.”

“Obviously we started well, I just thought we made a couple of errors and Salford are good enough if you give them a chance. They are such a dangerous team. We will be hard on oursleves for opening the door for them, but we have to give them credit as they did something about it and put some good tries on us.”

Holbrook paid credit to Alex Walmsley,  Makinson as well as Coote and Jonny Lomax in the win whilst he believes hero Bentley will remember that winning try for a long time to come.

“I thought Big Al and Tommy [Makinson] turned the game in our favour late in the second half. The good thing was we stayed calm and that’s what I’ve said all year about our side.

“The key play makers like Cootie who obviously had a mix bag of a night. I thought him Theo [Fages] and Jonny [Lomax] late in the game were not panicking when we were down by 14, so I am really pleased how we handled the game. You have to win all different ways during the year, your not going to have it your own way through the year and all the time and we didn’t get it our own way tonight. To come out with the win we will learn a lot.

“It was great for him [Bentley] to get another run with us. He nearly came close once or twice earlier, but couldn’t get over the line. It is good for him. All our players work hard and he got an opportunity tonight and to score the winning try he will remember for a while and so he should.”

“They lift the players. You need the home fans to make a difference and the boys had to find some energy from somewhere as it was all going the other way and our fans play a big part and really lift the boys and I am happy for them we got the win as well.”