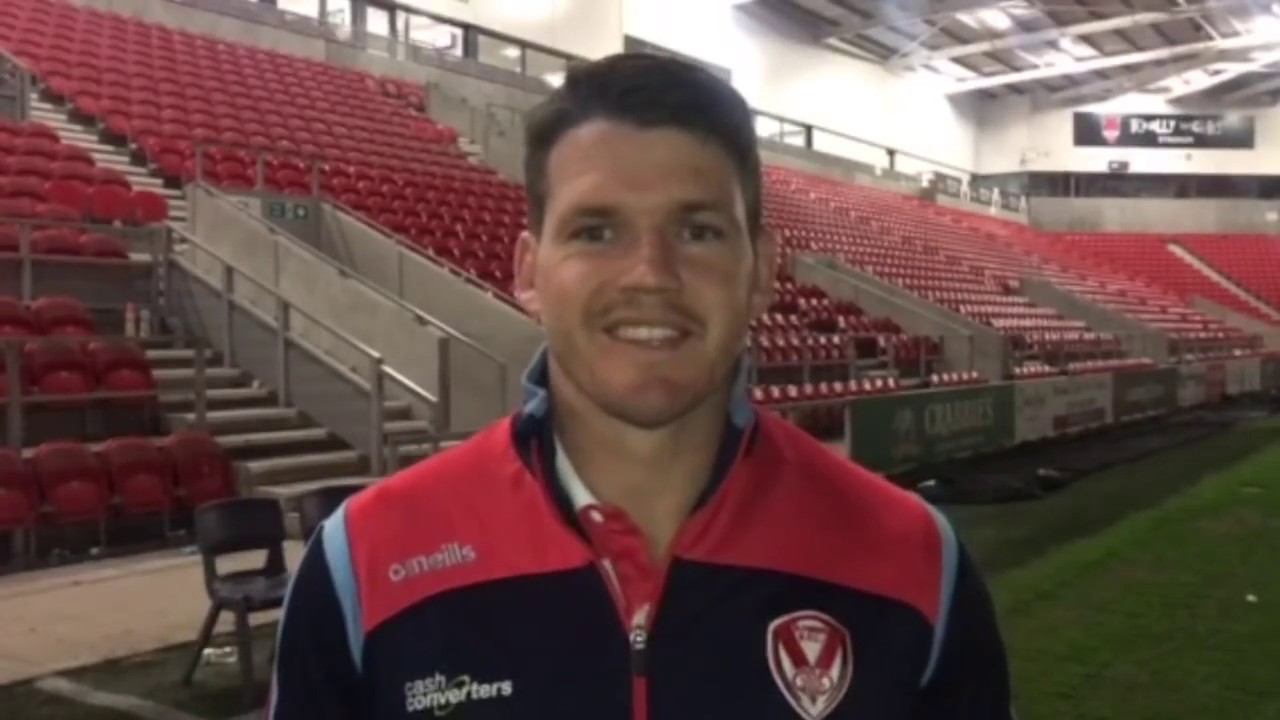 Saints trailed 16-30, but came roaring back as Coote completed his hat-trick and Tommy Makinson brought Saints back to within four points before substitute James Bentley won it in the dying seconds in dramatic fashion with Coote kicking the crucial two.

And despite Coote admitting the Saints dropped their defensive levels,  he paid credit to the Saints fans whose ‘energy’ inspired the come back win.

“It was a really mixed bag of footy. We got ahead early, but slackened off with our defence and let them off with the quick play the balls, but credit to them. Salford are a quality team with the ball and their record away from home has been awesome this year and we knew we were in a fight and we were lucky enough to come away with the win.

“It is great to have the momentum there, we love playing here in front of the home crowd, they were awesome tonight. We were down by 12 and we could still hear them cheering. I couldn’t really here Theo [Fages] speak calling the play, that is how loud they were and that is where we got our energy from on the back of that game. Credit to the fans for coming out tonight.”