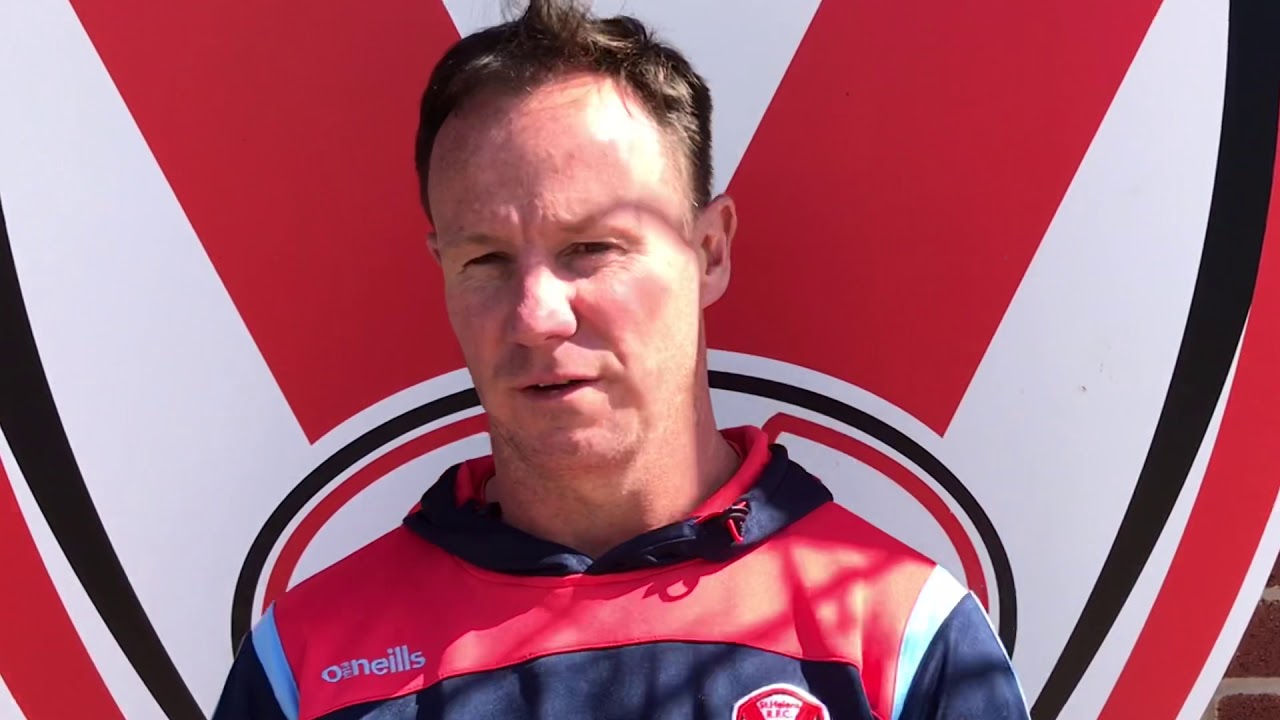 Holbrook: Magic Weekend is a special feeling for me

Saints face Castleford on Sunday (kick off 6pm) at Anfield. Tommy Makinson recently paid a visit as part of Super League’s Media Launch and talked up his special memories after starring for England at Liverpool FC’s home back in November.

And Holbrook admit he has fond memories of the Magic Weekend after his Saints career started over in Newcastle after a 45-0 win over Hull FC back in 2017.

“We love playing at home, we play a long season, but I love the Magic Weekend. I loved it in Newcastle, but it has been moved now and for us to be the closest side to Anfield is exciting and it is a great weekend. The weather is coming out really nice now and it’s the bank holiday too so hopefully we get a few more fans. Our away fans are terrific, but if we can get a few more ‘home’ fans make the trip down the East Lancs it would be brilliant.

“Any chance we can get to go to these other venues like we are doing this weekend at Anfield [is great] and the more people that can get down, especially football fans, the better. If they can follow two sports, I love football myself, so to pick your football team and also follow St.Helens would be a win, win!

“Magic Weekend was my first game two years ago and I loved it and to have it roll around again is a special feeling for myself so as a coach I can’t wait to be a part of it.”

Holbrook also admits there is extra incentive given the exciting weekend ahead and also believes the Tigers will be a ‘tough’ task to overcome, despite the likely return of Kevin Naiqama and captain James Roby to the Saints 19 man squad which will be announced on Friday.

“It’s a normal week in terms of what we do in training, but their is extra incentive in terms of where we are playing and the fact it is Magic Weekend, but the players are all aware of that and there is always a bit more excitement and effort at training happen naturally which is good.

“Castleford have been disrupted this year because of injury, but they are a good side and they do like playing against us. They will be tough on Sunday that is for sure. Kev Naiqama should be OK to come back in as will Robes so it will be good to get those two back.”

A LIMITED NUMBERS OF TICKETS ARE AVAILABLE FOR THE MATCH AND THE FULL WEEKEND SCHEDULE OF FIXTURES BY CALLING 01744 455052, VISITING THE CLUB TICKET OFFICE AT THE TOTALLY WICKED STADIUM OR ONLINE HERE. COACH TRAVEL IS AVAILABLE TO PURCHASE FROM THE CLUB PRICED AT £9 FOR 2019 MEMBERS AND £10 FOR NON-MEMBERS.