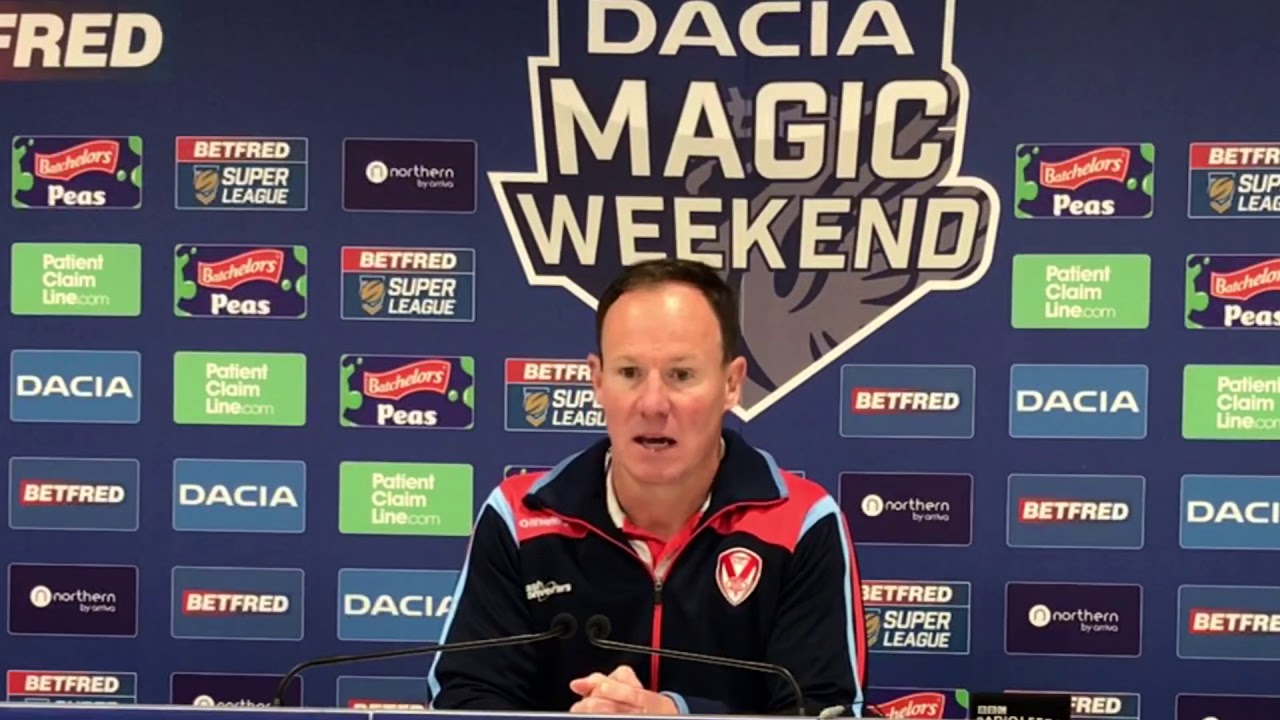 First half tries from Tommy Makinson, Regan Grace, Jonny Lomax and Theo Fages were added to by second half scores from Jack Ashworth, Lachlan Coote and Kev Naiqama. Grant Millington pulled a try back late in the first half and Chris Clarkson and Greg Eden scored two late consolations for the Tigers, but it was Saints ruthlessness which secured the win.

And Holbrook was delighted with his team’s display.

“Every side loves playing the Magic Weekend and for the boys to get the chance to play at Anfield was great and to perform so well was absolutely pleasing. Everyone played well today and it showed.

“We just want to keep playing well and I was just pleased to put a performance in and get back to playing really well today. I thought everyone played their part. I think Jonny [Lomax] Theo [Fages] and Cootie [Lachlan Coote] are really controlling games well and everyone is doing their job and everyone did their job today.”

Saints have now won 80% of games with Holbrook in charge and Justin admits although he is proud with the feat, admits it’s the team who are on the field performing.

“I am proud. I love coaching and we have fantastic group of players who are fantastic to work with and always want to get better. It’s not an individual sport and I am not on the field, but we have a long way to go this year, but so far, so good. We are playing really well in big moments in games.”

On playing this year’s Magic Weekend at Anfield, Holbrook believes it has been great for rugby league.

“I thought it was fantastic. Every side was looking forward to playing here and we were no different and I thought it was a great weekend for our game. There were a lot of close games over two days and it is great for rugby league.”