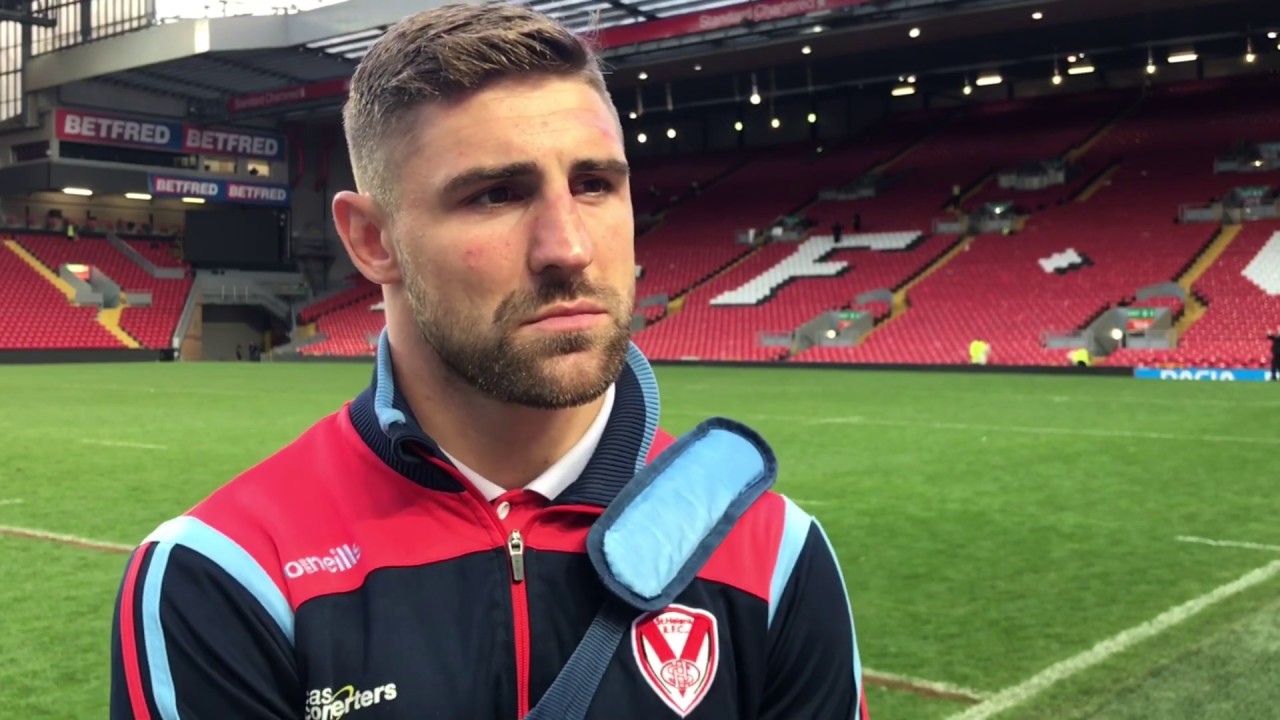 First half tries from Makinson, Regan Grace, Jonny Lomax and Theo Fages were added to by second half scores from Jack Ashworth, Lachlan Coote and Kev Naiqama. Grant Millington pulled a try back late in the first half and Chris Clarkson and Greg Eden scored two late consolations for the Tigers, but it was Saints ruthlessness which secured the win.

Makinson paid credit to Saints defence early on who held firm early on before he grabbed his fourth try at Anfield in just two games.

“Cas are a great side. We knew they were going to put pressure on us early and that is what they did with a few repeat sets and we stuck to what we are good at, our goal-line defence and saw it out and got a few tries and it was a nice win in the end.

“I think it is four tries in two now here [for me], but it is just about the team performance today. I thought the individuals stood up and it contributed to the team and it was a hard fought two points.”

Seven different try scorers went over for the Saints in the win, but like Justin Holbrook did earlier, Makinson paid credit to the team effort and in particular the big men in the forward pack who set the platform for the backs to go over.

“It’s always nice for different players to get on the try scoring sheet, but I thought Alex Walmsley and Zeb Taia just stood up and set the platform for us and it was a hard fought win in the end. The scoreline didn’t rally do it justice in the end, it was a real tough game so it was a real good win.”

On playing back at Anfield in Magic Weekend, Makinson admitted he ‘loved it’ and paid credit to the ‘unbelievable’ Saints fans in the Kop end who sung all game – a memory he will never forget.

“Bringing rugby league to Anfield again is fantastic. Long may it continue, I love it. All the different fans from different teams so it was a great weekend all in all.

“The Saints fans were unreal. Even towards the end, they never stopped all game and actually in the warm up when I came out and looked at the Kop end and saw the Saints fans singing. It was unbelievable to be fair and a memory that will live with me forever.”