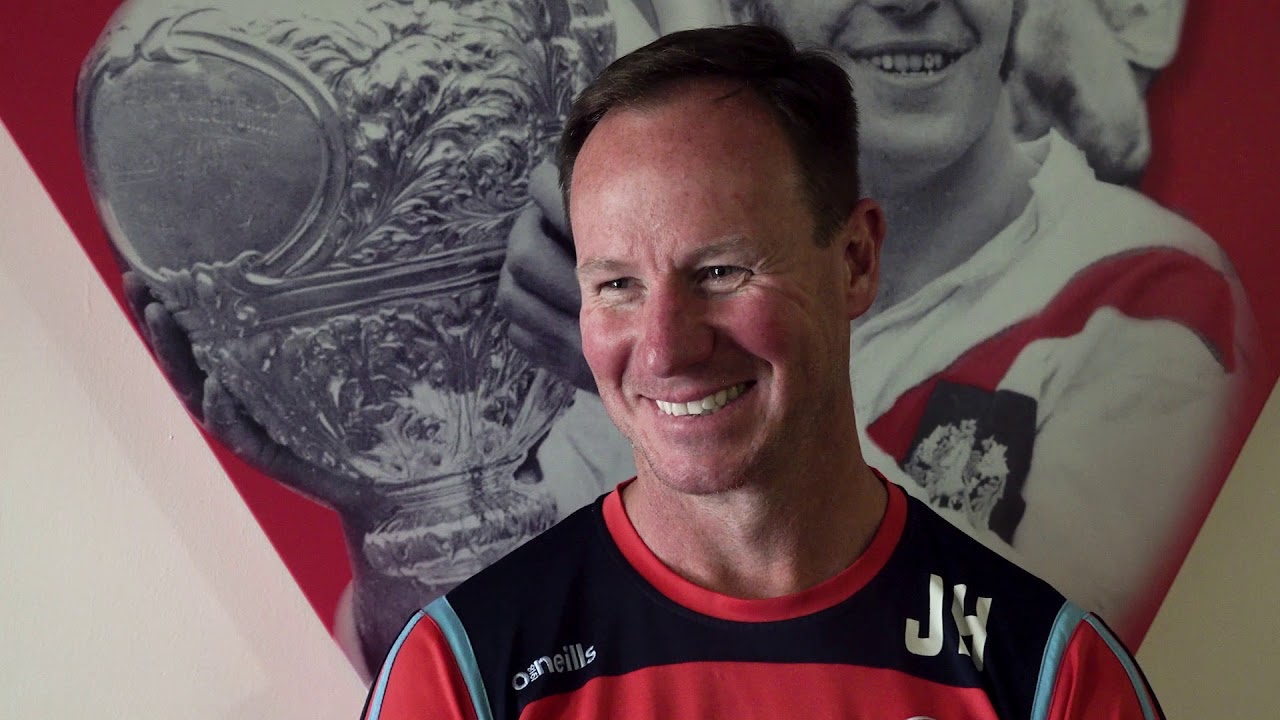 Saints have been drawn against Halifax in the Coral Challenge Cup Semi-Finals and members can currently purchase tickets for the clash at The University of Bolton Stadium.

And Holbrook was honest in his assessment of the draw.

“Obviously I am really happy with the draw. I am not going to shy away from it, I think Halifax have done a tremendous job to get to the semi-final and we will show them a lot of respect and we wont take them lightly, but I think it is pretty obvious that out of the other three sides we are happy to draw Halifax.”

Before then is a trip to the capital to face London Broncos and Holbrook gave an insight into the players schedule ahead of the game.

“We will train Saturday morning and travel down Saturday afternoon, the same as every other Super League club so it will be four and a half hours on the bus so we will get down there Saturday evening, but be ready to go Sunday.”

Asked if he and the players enjoy the long away trips as well as playing on the artificial pitch at the Ealing Trailfinders, Holbrook continued:

“I think its great because they don’t happen often. All the other away games are generally up to 2 hours away, but the fact that it doesn’t happen all the time is good and it is rare we spend a night before the game so it is good.

“We will play the same way, the games are always faster on the 4G pitches than on the grass, but the game is played at a faster pace. We will do our best to get everyone running around a bit quicker!”

On the challenge London will pose, Holbrook is expecting a tough task whilst he also gave an insight into his 19 man squad.

“One thing we know with London is they compete in every game and they are a hard side to play against and they have had some good wins down there and we are expecting a tough game so that is what we will be preparing for.

“Theo [Fages] will be back which is great as he has to miss out due to the concussion protocol and we will probably have to check on a couple of the boys, but we will see how we go.”

On Theo’s new deal, Holbrook said: “He has been fantastic. He is such a tough little competitor and to have him to commit to the club for another two years is exciting for us as a club and him as a player. I think it is great news.”

Get your ticket for our clash in the capital online by clicking here.

Tickets for Saints Coral Challenge Cup Semi Final against Halifax, Saturday July 27 (KO 4:30pm) at the University of Bolton Stadium, are on sale for Members by clicking here.