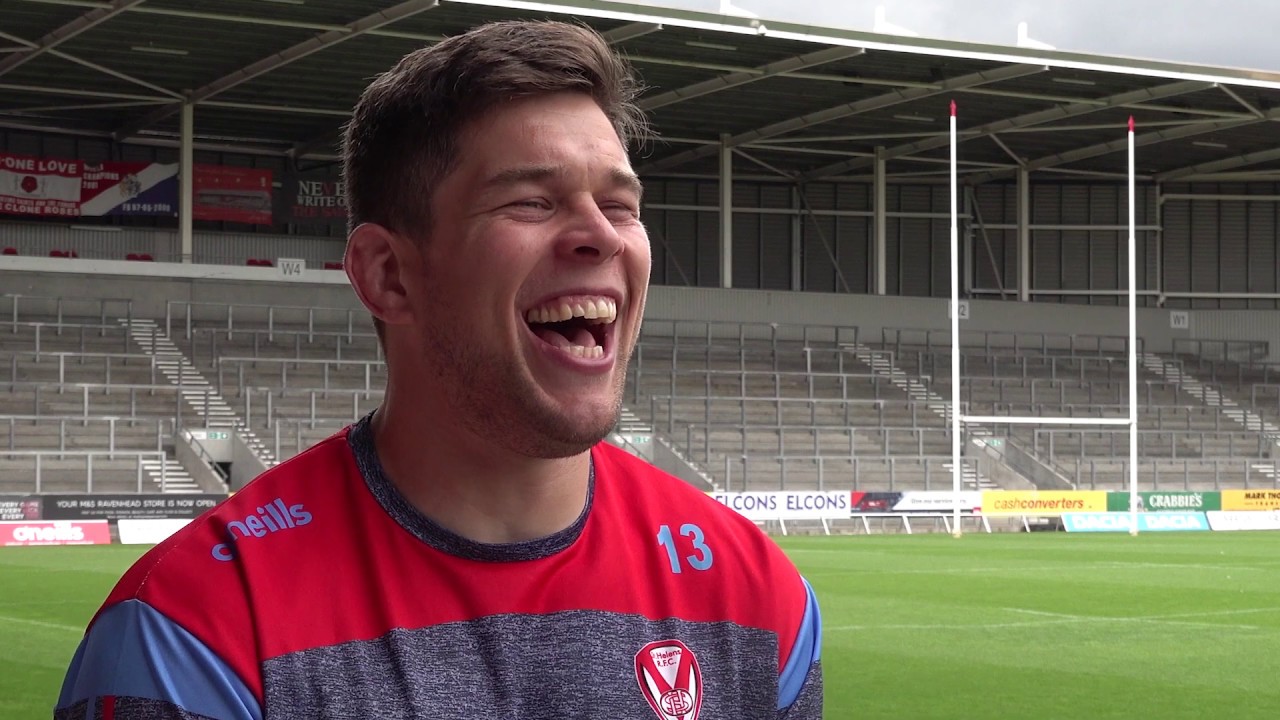 WATCH: Kev interviews LMS ahead of his London return!

Louie spent four seasons at Harlequins, as they were once called, making close to 100 appearances before signing for Saints in 2011.

His Saints debut came against Wigan at the 2011 ‘Millennium Magic’ event and he quickly established himself as a real crowd favourite.

And this week, ahead of our clash with London Broncos at the Trailfinders on Sunday (kick off 3pm) he has entertained us all in an interview with his ‘pal’ Kevin Naiqama.

Kev thanked Louie for welcoming him to the Saints with open arms, before discussing his injury rehab and return against Wakefield in the Coral Challenge Cup, his time over in London and the threat they will pose on Sunday.

Make sure you watch the clip until the end so you don’t miss Kev and Louie’s signature handshake!

We are taking over 800 fans to the capital on Sunday and tickets for the match are still available from the Ticket Office, via 01744 455 052 and online here.

Tickets for Saints Coral Challenge Cup Semi Final against Halifax, Saturday July 27 (KO 4:30pm) at the University of Bolton Stadium, are also on sale for Members by clicking here.