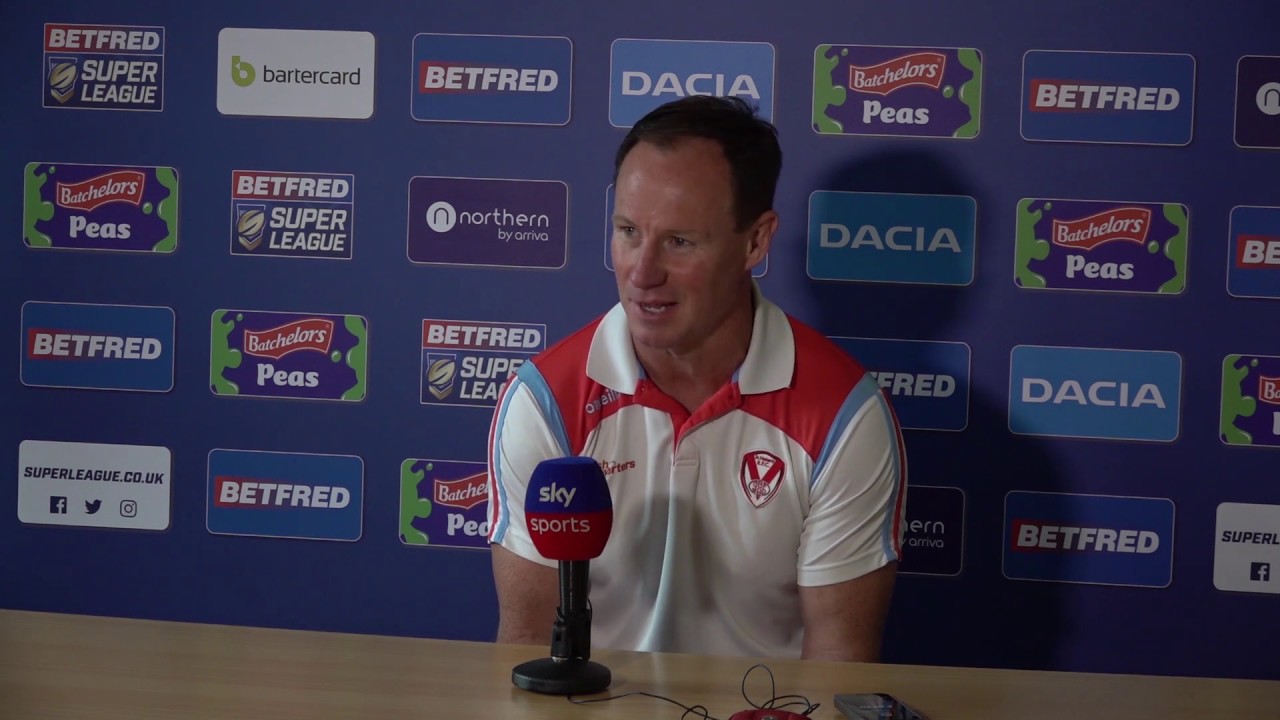 Holbrook: We made too many errors and paid the price

Two early tries from James Roby and Luke Thompson put Saints in control, but London responded through tries from on loan Ryan Morgan and James Cunnigham. Mark Percival then put Saints back in front early in the second half before Morgan grabbed his second for London.

Pitts gave the hosts the lead before Regan Grace scored a dramatic last minute try in the corner which Richardson converted off the touchline to send the game into golden point. Unfortunately for Saints it was London who won it through a Smith drop goal.

And Holbrook had no excuses, pointing to the fact that Saints simply weren’t good enough on the day, making too many errors.

“We are disappointed not to win, but it was a great game of rugby league at the end of the day and well done to London to come away with the win.

“We have got to be better than that, especially away from home and we weren’t today and we paid the price.

“We wanted to win. I’m disappointed, I am not trying to make light heart of it. We were just way too far off with the details and we looked completely lost when we had the ball and that’s unlike us today. We weren’t the better side. If we’d have won, it would’ve been pure guts from a side that never gives in. That was really the only way we could’ve come away with that win because we really didn’t play well.”

Saints were missing five experienced figures with Lachlan Coote, Tommy Makinson, Jonny Lomax, Alex Walmsley and Zeb Taia all missing the trip. Although admitting it was a risk to rest players, Holbrook pointed to the fact that the rotation over the Easter period paid off previously.

“We rested some over Easter and had some good wins, but today we didn’t get it to go our way. To rest five players is always a bit risky and we fell just short today.

“The amount of things we did wrong, we could’ve really struggled, but we got it to golden point, so the effort was fantastic from a lot of players.”

“Credit to them we know how hard a team they are and they showed it today. They were unlucky at the Magic Weekend. They are a hard working team and it is good that they are in Super League and they had a good win today.”