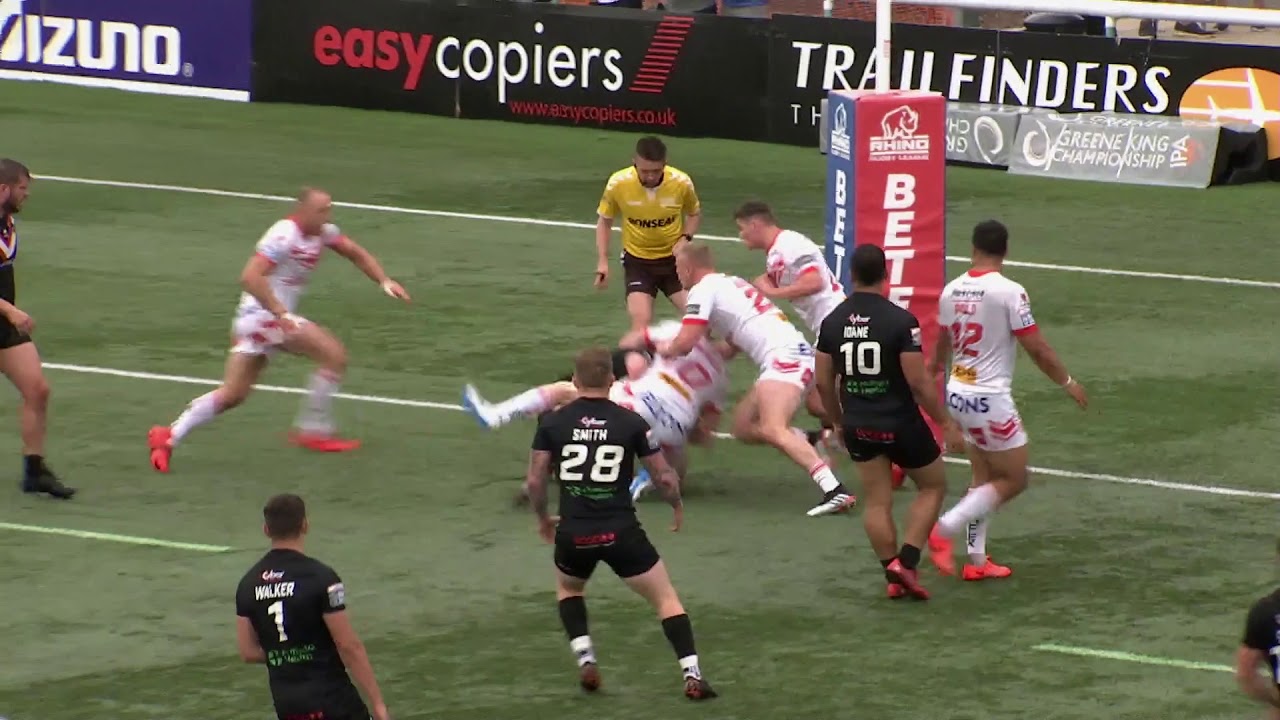 Two early tries from James Roby and Luke Thompson put Saints in control, but London responded through tries from on loan Ryan Morgan and James Cunnigham. Mark Percival then put Saints back in front early in the second half before Morgan grabbed his second for London.

Pitts gave the hosts the lead before Regan Grace scored a dramatic last minute try in the corner which Richardson converted off the touchline to send the game into golden point. Unfortunately for Saints it was London who won it through a Morgan Smith drop goal.

Saints have the perfect opportunity to respond this coming Friday at the Totally Wicked Stadium as we entertain Huddersfield Giants with kick off at 7.45pm. Tickets are now on sale from the Ticket Office, by calling 01744 455 052 or online here.