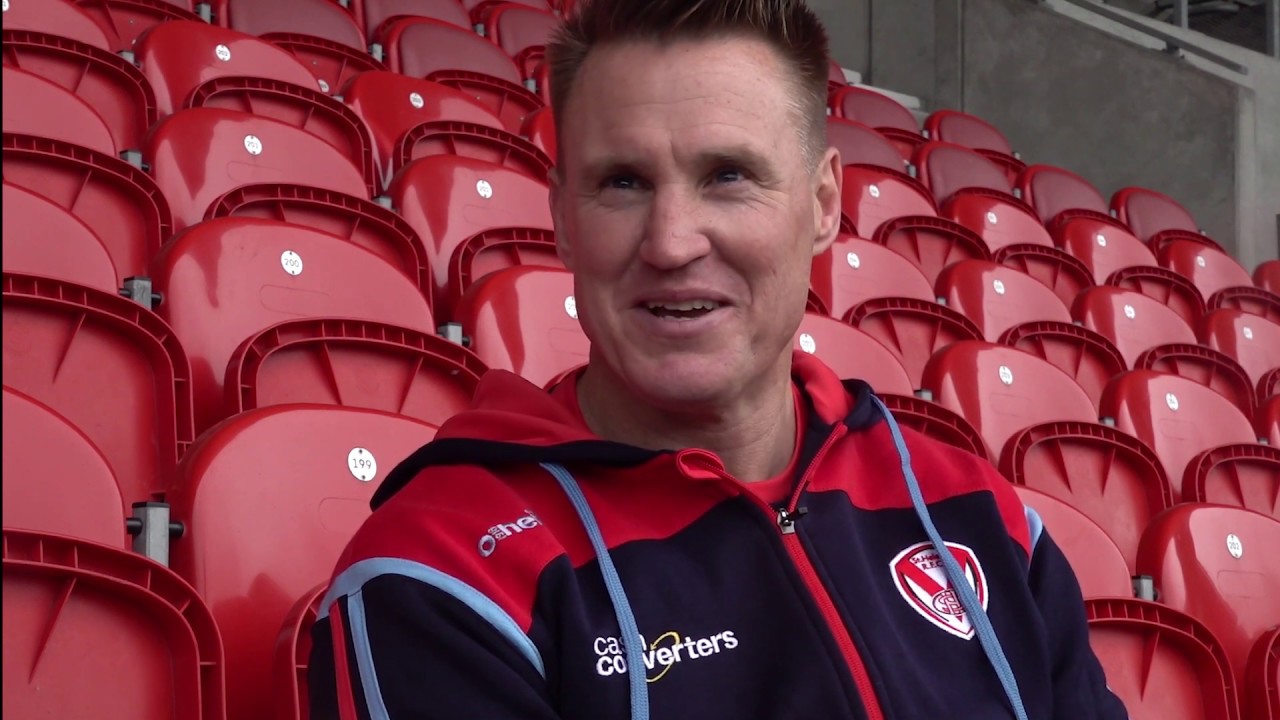 Marshall joined the club this week on a deal running until the end of the 2020 season following the exit of Sean Long and he chatted exclusively to Saints TV after his first day at the Totally Wicked Stadium.

“It’s outstanding to be here. We have had a real good morning, all the lads and staff have been great, coming up and introducing themselves to me. I am really looking forward to working at St.Helens and I am expecting big things this season.

“I left Halifax a couple of weeks ago and went on holiday and the CEO Mike Rush got in contact with me, told me Sean [Long] was leaving and there was an opportunity here and asked if would I be interested. [I said] Yes, very interested. There was a couple of other things I was looking at, but St.Helens are in a fantastic position, they have got a great environment and culture and I have been really really happy with everything that is here and the infrastructure so I want to add to that. I don’t have to come in and change anything, I just want to add value to the organisation where possible.”

On adapting from his role as Head Coach at Halifax to an Assistant Coach here at Saints, Marshall admits his new role will be much more specific.

“I will have to come to terms with some changes, but everyone has been fantastic so far and I don’t envisage any problems with that. The next best thing to being a Head Coach is being an assistant at a club like St.Helens. My role at Halifax, I did pretty much everything, whereas here I will have a specific role, some detail on game day and during the week working with Paul [Wellens] and Justin [Holbrook] and Ian Talbot, some fantastic coaches already in place and I just want to add another pair of eyes and hands really.

“I was an assistant to Tony Smith at Warrington for a number of successful years and then going off and doing my own thing as a Head Coach and I was pretty successful over there as well so hopefully the success will follow me here at St.Helens! As I said it is a wonderful opportunity for me. The timing in sport is everything and the timing in this is right for me and hopefully i can my positivity and enthusiasm to the club.”

Watch the full interview above to hear more from Marshall including if he will be able to pass on some ‘inside knowledge’ ahead of Saints semi-final Coral Challenge Cup clash with his former side Halifax!