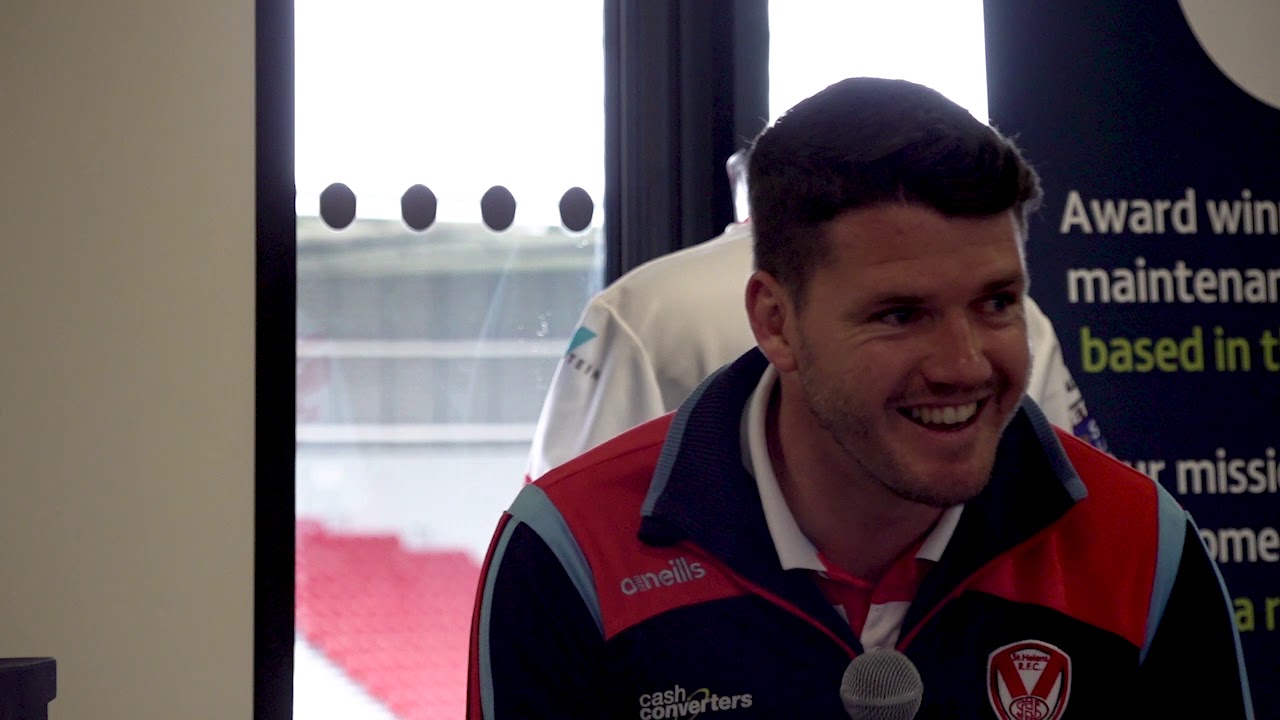 Coote has a total of 11 tries and 70 goals in all competitions for Saints this season in just 17 appearances. His defence has also drawn praise and his performance against Salford in a nail biting 32-30 win at the Totally Wicked Stadium saw him bag his first Saints hat-trick and kick the winning goal following James Bentley’s last-gasp try.

Upon receiving the award at this morning’s Stapleton Derby sponsored event Lachlan said:

“I feel like I’m playing my best footy I’ve had in my career and I’m 12 years in so… I’ve got old legs and I’m feeling fresh!

“It’s going good. I’m not used to scoring that many tries. I think the last time I scored more than five tries was 2010. It’s feeling pretty good to get a couple of tries under the belt, and obviously back to goal kicking as well which I haven’t done since 2008.

“I got thrown the ball in pre-season and told “do some practice you might be goal kicking this year.” I’ve embraced it, been working hard on it and slowly getting better and better.

“With the team that we’ve got, its been awesome to just play my role within the team and that’s what Justin’s got in place. Everyone is doing their job and knows their job. That makes my job much easier. Throughout my career I’ve really been more of a defensive fullback so I think that’s probably what’s shown out there so far this season.

“The saying is “I’d rather save one than score one” and that’s my motto!

On the team performance so far this season, Coote says the lads have their feet firmly on the ground.

The Saints fans have taken warmly to Coote who has a song dedicated in his name. He was asked about the song and vividly remembers the crowd singing his name against Warrington:

“The one that really got me was the game against Warrington. We were battling out for the league leaders at the time and the fans got behind it. Walking past the home stand out here, really got me emotional. Last year I was thinking about giving the game away. Just staying in Oz and going semi-professional.

“Walking across there just made me really emotion and feeling like I was back to my best and how much love I’ve been shown by the crowd here, it’s just awesome for me and my family and I can’t thank them enough.

“We’re settling in real nice. There’s me, the wife, our 11 month old girl Mia and 4 year old Bailey. The little fella’s even lost his accent now, he’s turned already. I’m pretty filthy about that, he doesn’t even use ‘mate’ anymore!”