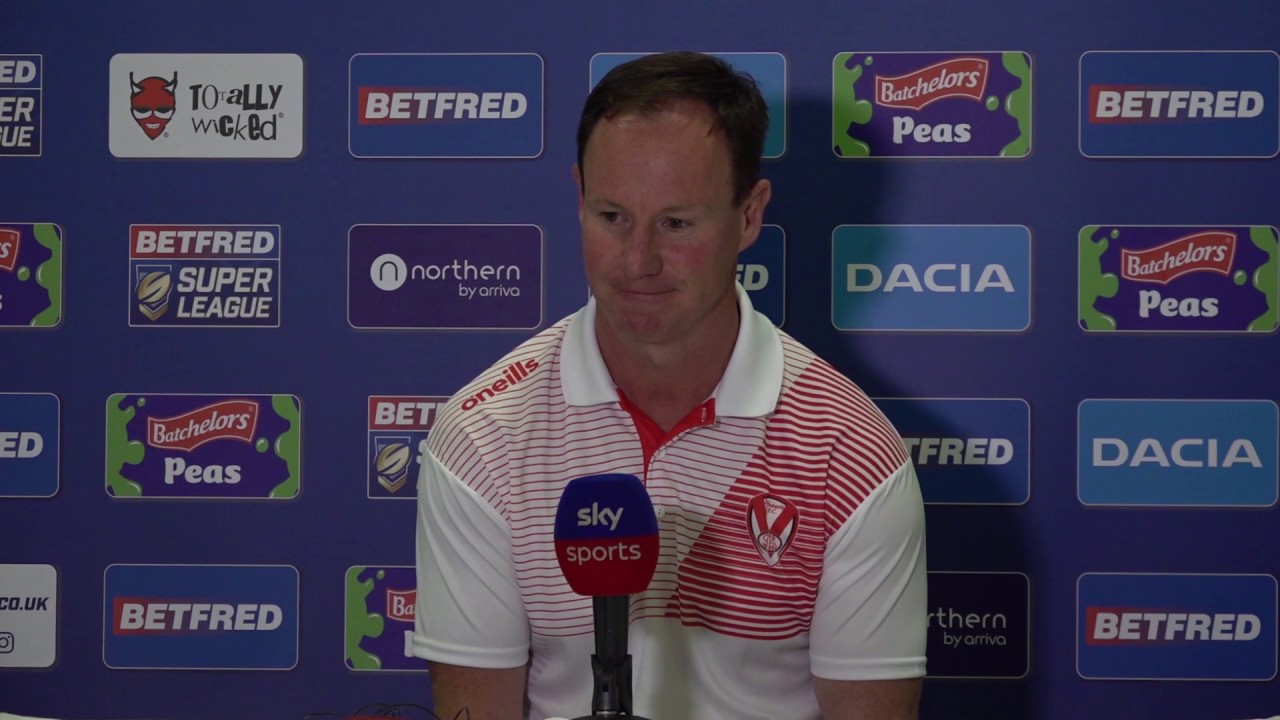 Two early tries from Lachlan Coote and then Jonny Lomax’s 100th Saints try put us in control before a further three tries from Theo Fages and a Tommy Makinson double capped off a dominant first half display.

Makinson secured his hat-trick in the second half and Lomax added a second try as Saints bounced back to winning ways with a 38-2 victory with Coote picking up four assists on a day when Sean Long waved goodbye.

And Holbrook was delighted with all his players in the win.

“Yes, I thought it was very good tonight from everybody, I thought all 17 played well and it was great to watch.”

“I think we had seven different players back in today that didn’t play last week. Tommy [Makinson] showed how good a player he was, how good he starts the sets and to also get a hat trick is awesome, it’s great having him in the side.”

“Coote’s another great player. He’s loving his rugby league and its showing by the way he’s playing. He’s such a good influence on our team.

“Jonny [Lomax] Theo [Fages] and [Lachlan] Coote are playing tremendous and all our forward pack stood up tonight. I feel like I’m sitting here just rapping everybody, but the season Jonny’s having this year is amazing, he’s been fantastic every week this year. The way he’s playing is the best I’ve seen him. He’s great.”

Holbrook was also asked on his squad rotation plans.

“It’s nothing too clear on rotation. Last year we had the international break where four of them played, but the rest had a week off, we don’t have that this year. There’s no clear indication on who’s going to be rested it’s just a week to week thing and you see how they pull up and what they’ve done in the previous weeks and with the performance and medical staff we make a decision on that.”