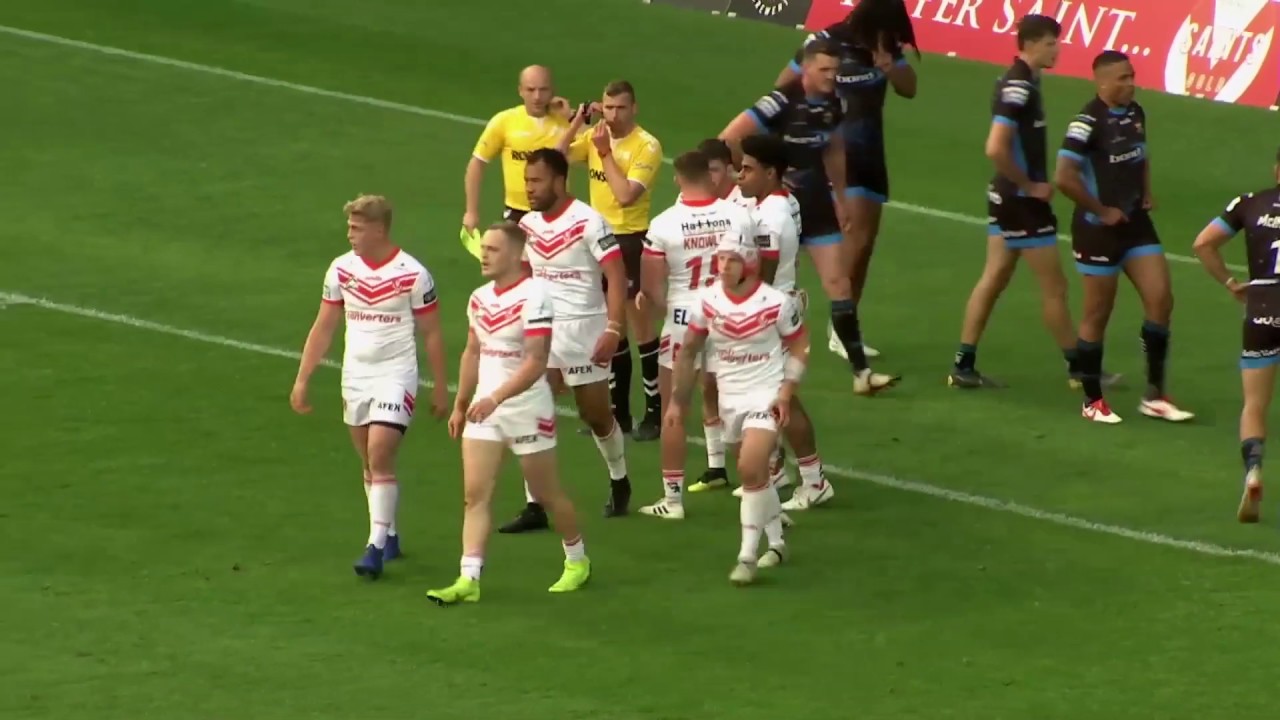 WATCH: Saints bounce back against Giants

Two early tries from Lachlan Coote and then Jonny Lomax’s 100th Saints try put us in control before a further three tries from Theo Fages and a Tommy Makinson double capped off a dominant first half display.

Makinson secured his hat-trick in the second half and Lomax added a second try as Saints bounced back to winning ways with a 38-2 victory with Coote picking up four assists on a day when Sean Long waved goodbye.