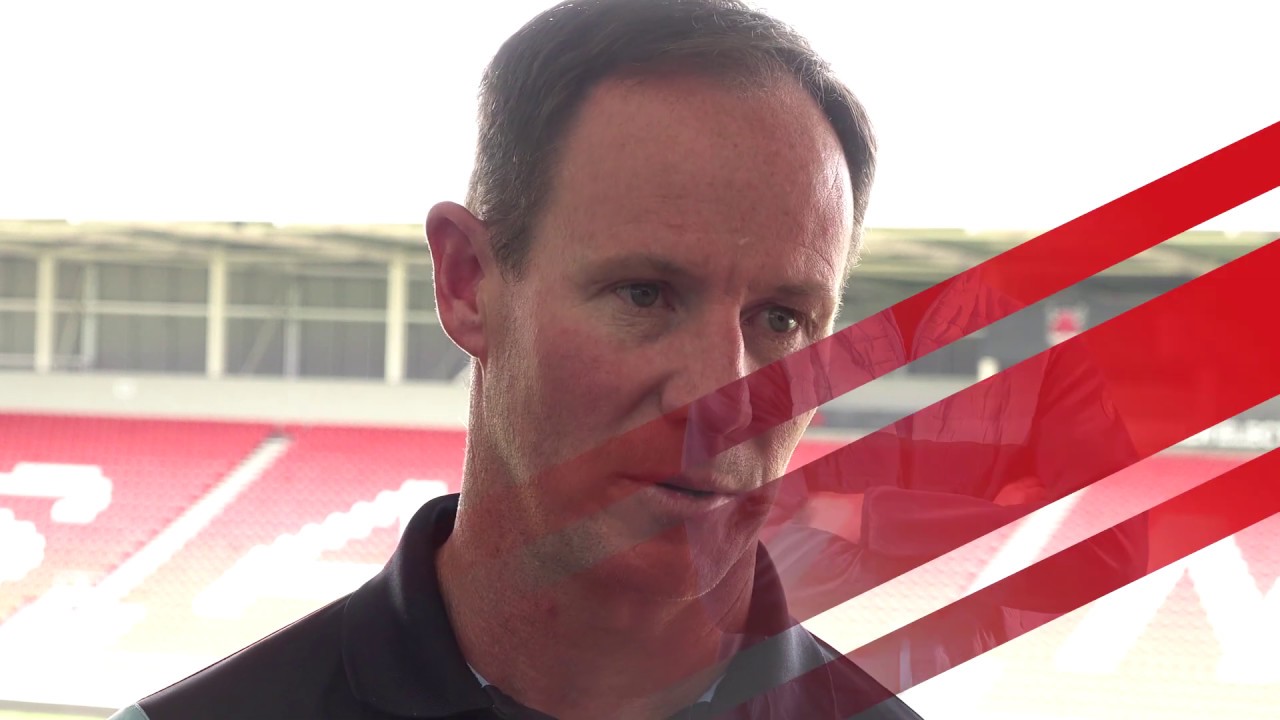 WATCH: Holbrook on Leeds challenge and return of GB Lions

England and GB Head Coach Wayne Bennett was at the Totally Wicked Stadium alongside James Roby this week to preview the return of the Great Britain Lions’ tour of New Zealand and Papua New Guinea.

And Holbrook gave us his thoughts on the return of the Lions.

“I think it is fantastic for our game. I think for myself growing up I loved watched Australia play great Britain and for all the talk it is creating now with all the other nations being available to play, it is only going to make the side stronger. It is outstanding.”

Lachlan Coote, Morgan Knowles and Regan Grace have all impressed this year for Saints and according to Holbrook, the trio have a good chance of being selected in Bennett’s squad.

“You would think they would [have a chance of being selected]. They have been playing great for us every single week. They will definitely be in the mix and I like what Wayne said – they will pick the best side regardless of where they are from which is the best choice for everyone.”

Onto club matters and Holbrook was delighted with the way his team responded to defeat following the win over Huddersfield last week before looking ahead to the ‘dangerous’ Leeds Rhinos challenge that awaits on Friday.

“I thought Huddersfield had been playing so well for three of four weeks prior to playing us last week and for us to play as well as we did, was great.

“That is all I have known them as since I have been here [close games]. Every one of the games has been close and they will be disappointed where they sit in the table, but they have got so many dangerous players in their side. So we know we have to play well on Friday.

“In the middle, Trent Merrin and Adam Cuthbertson with their ability to offload the ball and fast outside backs and Konrad Hurrell is really strong and in the halves they have Ritchie Myler who controls games well. They also have quick nines with [Brad] Dwyer or [Matt] Parcell flying out at number nine so they have got threats everywhere and we are aware of that.”

On the injury front, Holbrook is delighted with how his squad is shaping up and hopes plenty of Saints fans can get down to the Totally Wicked Stadium to support the Saints!

“Everyone is great and Robes is already getting around better than we thought which is great to see. So we are travelling well.
We enjoy playing here last week so we want to continue to play well and hopefully a lot of people come out to watch us.”

Tickets for Saints’ clash with the Rhinos at the Totally Wicked Stadium are still available and are on sale from the Ticket Office, via 01744 455 052 and online here.