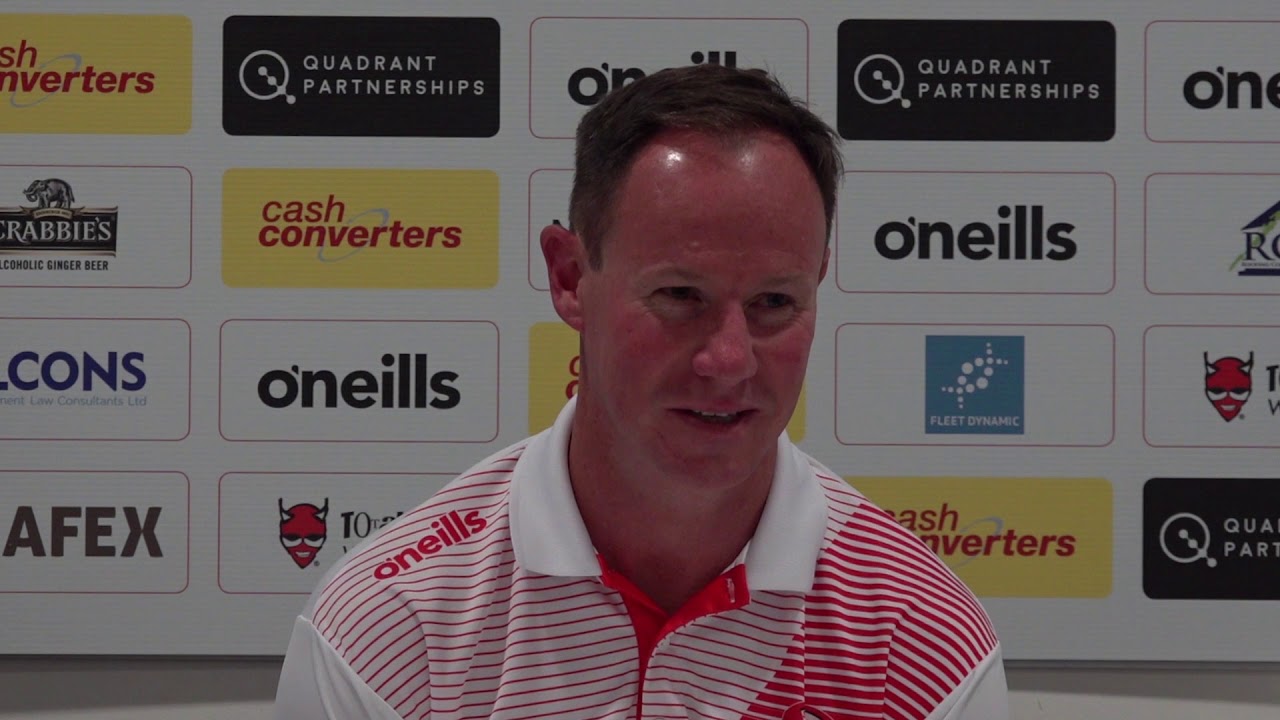 Two early tries from Kevin Naiqama and Louie McCarthy-Scarsbrook put Saints in control in the opening minutes before Brad Dwyer pulled a try back for the visitors. Saints went in twice more through Lachlan Coote and a spectacular try from Tommy Makinson capped off an impressive first half. Leeds started the second half the better going over through Luke Briscoe which reduced the deficit to 24-10, but Saints dug in and scored two late tries through LMS’ second and young James Bentley with Coote kicking all six goals in a 36-10 victory.

And despite the win, Holbrook admitted it wasn’t the best Saints’ performance, but was pleased with the victory, paying credit to Makinson’s spectacular finish on the half-time hooter.

“We didn’t play our best tonight. I’m not taking anything away from Leeds, but we didn’t play as well as we have, but I guess the good sign is we came away with a good win and that’s the main thing.

“We made a lot of uncharacteristic errors and made it hard for ourselves, but we finished the game well which is good. Last week, just before full time and just before half time we made a few errors, but at least tonight we finished both halves well and I think that’s important because we did lots in between which wasn’t great, but against the dangerous attacking side that Leeds are with some many dangerous players I’m really happy to get the win we did.

“I think just prior to Tommy’s [Makinson] try we saw how dangerous Leeds were and in that 10 minute period before the last few minutes before half time they looked really dangerous and we got through that tough period which is important to do especially against Leeds and for Tommy to finish that try – he’s the best ever at finishing. It is so good to watch and that was important but then we knew what Leeds could be capable of in the second half.”

Holbrook also shed light on why Morgan Knowles and Jo Paulo missed the win whilst there was an update on Mark Percival and it is not good news for Zeb Taia who has a dislocated shoulder.

“I was just giving them all a chance to freshen it up a bit. Morgan Knowles has been our hardest working player all year and it’s just time to freshen up a bit both him and Paulo.

“Zeb’s not good. His shoulder popped out on the field so it’s a dislocation and obviously we’ll have to get scans next week. I think we managed to get it back in, we wont know how much damage is done until next week.”

Holbrook talked up the form of Aaron Smith who stepped in admirably for the injured James Roby.

“We knew at the start of this year we could call upon Aaron Smith whenever needed, and he’s done it a number of times now and done a great job. We obviously would like to have our captain on the field, James Roby, but, if not we’ve got all the confidence that Az can step in and do the job he has been for us.”