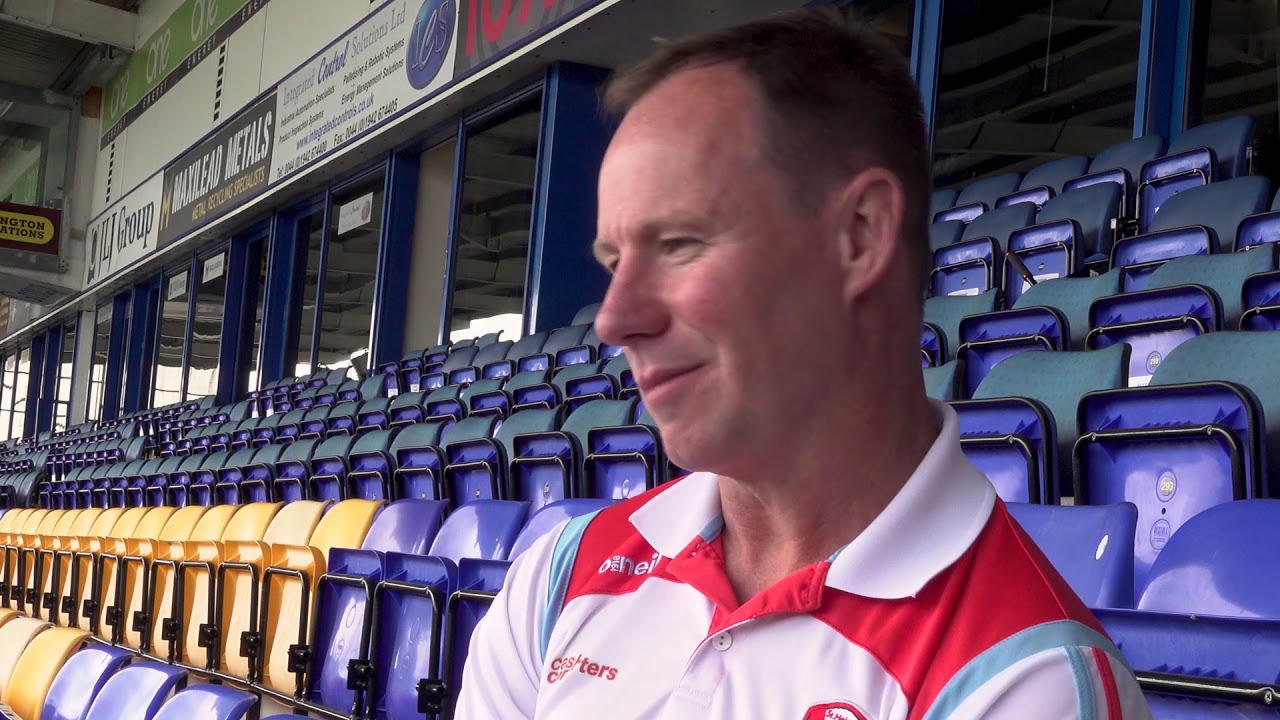 WATCH: Holbrook on “massive” top of the table clash

Holbrook named his 19 man squad earlier today with Joseph Paulo coming back into the 19 man squad in place of Zeb Taia who has been ruled out for 6 weeks with a dislocated shoulder in the only change.

And at a joint press conference with our hosts, we asked him if Friday night’s clash will be the biggest game of the season so far:

“Yes definitely, said Holbrook. To go into round 20 with first against second is the biggest game you are going to get this year to date and it is going to be a cracking game.

“It is a massive game and it is looking to be a sell out which will mean it will be a terrific atmosphere here and it is going to be an awesome game.”

Warrington have told us the ‘Wolves are waiting’, but the Saints wait for no one as we fly high at the top of the Betfred Super League table as both clubs exchanged words ahead of the big game.

“I am a fan of the social media build up as long as it doesn’t go over the top,” said Holbrook. We need a bit more publicity in rugby league and I don’t think any club has overstepped the mark so it is good promotion for the game.”

Holbrook believes the Wolves have threats all over the field whilst he doesn’t believe Saints’ win earlier in the season will mean we have any physiological advantage over our opponents come Friday.

“The whole side have threats. Whenever you are sitting first and second there are no weaknesses in either side so I think both sides know that and we have got to play our best to win on Friday.

“No I don’t think it does [give us a physiological advantage] because it only motivates them even more to try and get one over us. It was great to win back in round 10 and it was a similar build up with first against second and we were good enough to win so we want to be good enough to win again on Friday.”

Zeb Taia was ruled out of Friday’s clash with an injury he picked up in the win over Leeds Rhinos last week and Holbrook admits it could hve been worse for our big forward.

“In the end it is probably good new for Zeb avoiding surgery. We knew it was bad after the game so we weren’t expecting any better results so the fact he is only out for six weeks is a good result and we will have Morgan Knowles and Joseph Paulo coming back in so Zebby was  playing terrific, but we will be OK.”

Tickets for Saints top of the table clash with Warrington on Friday are still available and are on sale from the Ticket Office, via 01744 455 052 and online here.