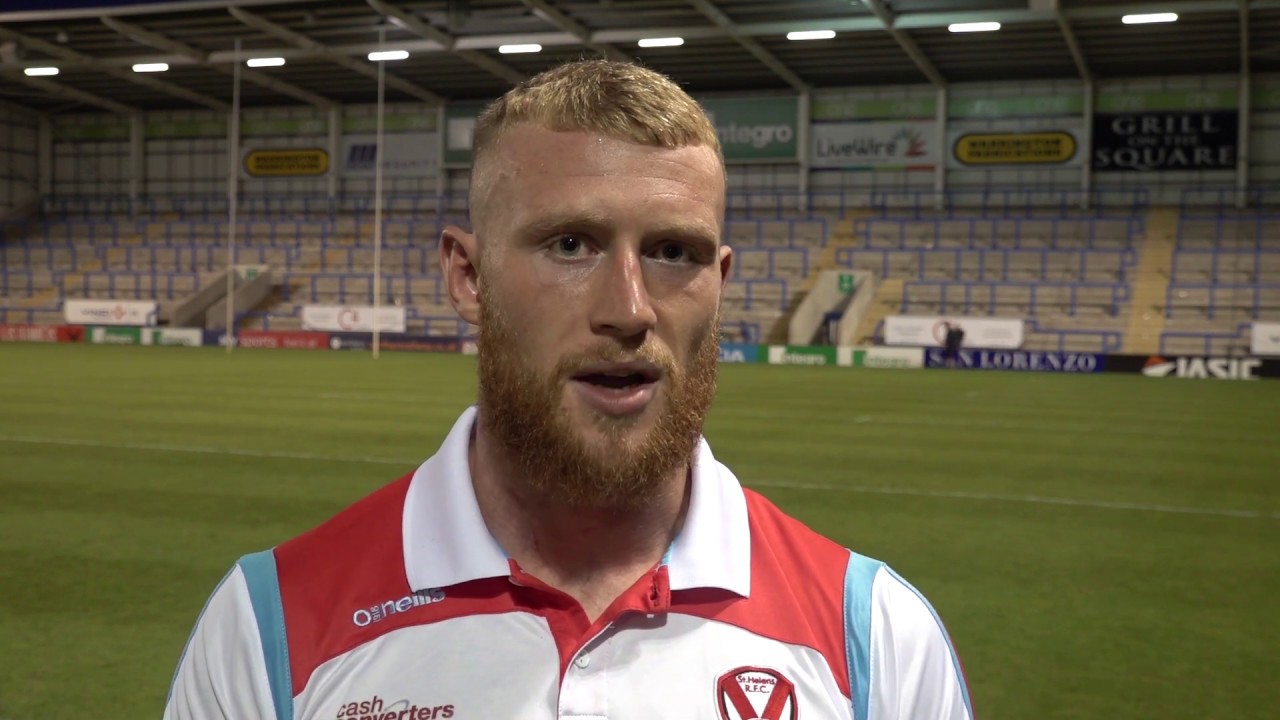 The Saints had to defend for large parts of the first half, but came on strong in the second scoring 21 points to snatch victory from the Wolves and extend our lead to eight points at the top of the Betfred Super League table.

Thompson played a huge part in the win, scoring the try that sent us in front and he admits it was a “great” win.

“It was a great win. It is always good to come to Warrington and get a win. They are playing well this year, they are chasing us in second and we wanted to come here and put in a good performance and we were lucky enough to get them at the end.

“That first half was the toughest I have ever played. It was end to end and we pretty much defended for the whole of the first half and to come back and get the win at the end of the second half was a real credit to us. We stuck in there and it was a great win in the end.

“It was a real fast game, two good teams going at it, who like to play fast on the front foot and it was end to end and it was real tough at times.”