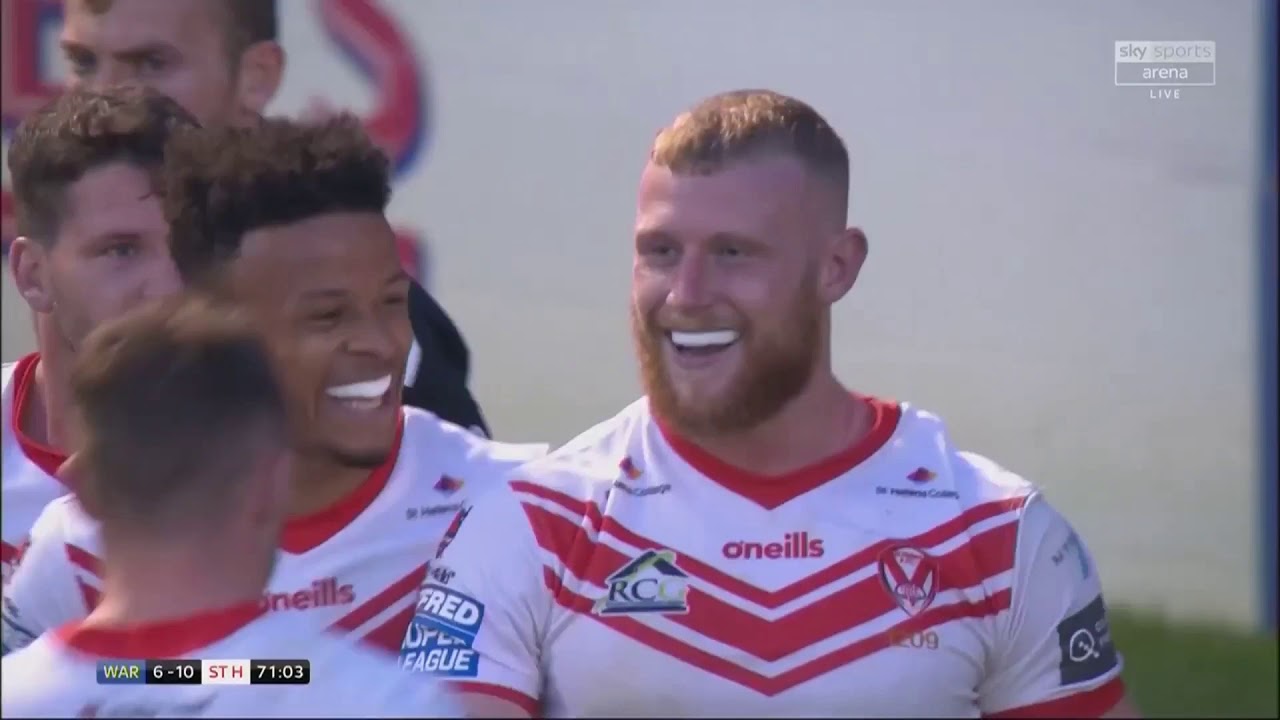 A first half dominated with big tackles and excellent defence from both sides saw Warrington head into half time 4-0 up after two Declan Patton penalties. The second half started with another Patton penalty conversion, but back came Saints and after an excellent break from Jonny Lomax led to Mark Percival scoring in the corner. Luke Thompson was next to score after the forward picked up the loose ball and raced in to score and on the next set Lachlan Coote dropped a goal extending the lead to seven.

A quick fire try from Jake Mamo brought the game back into contention, but a typical bulldozing run from Alex Walmsley sealed the crucial victory before Coote converted a penalty late on.

Saints are next in derby action at the Totally Wicked Stadium against rivals Wigan Warriors in a ‘Bad Friday’ repeat.