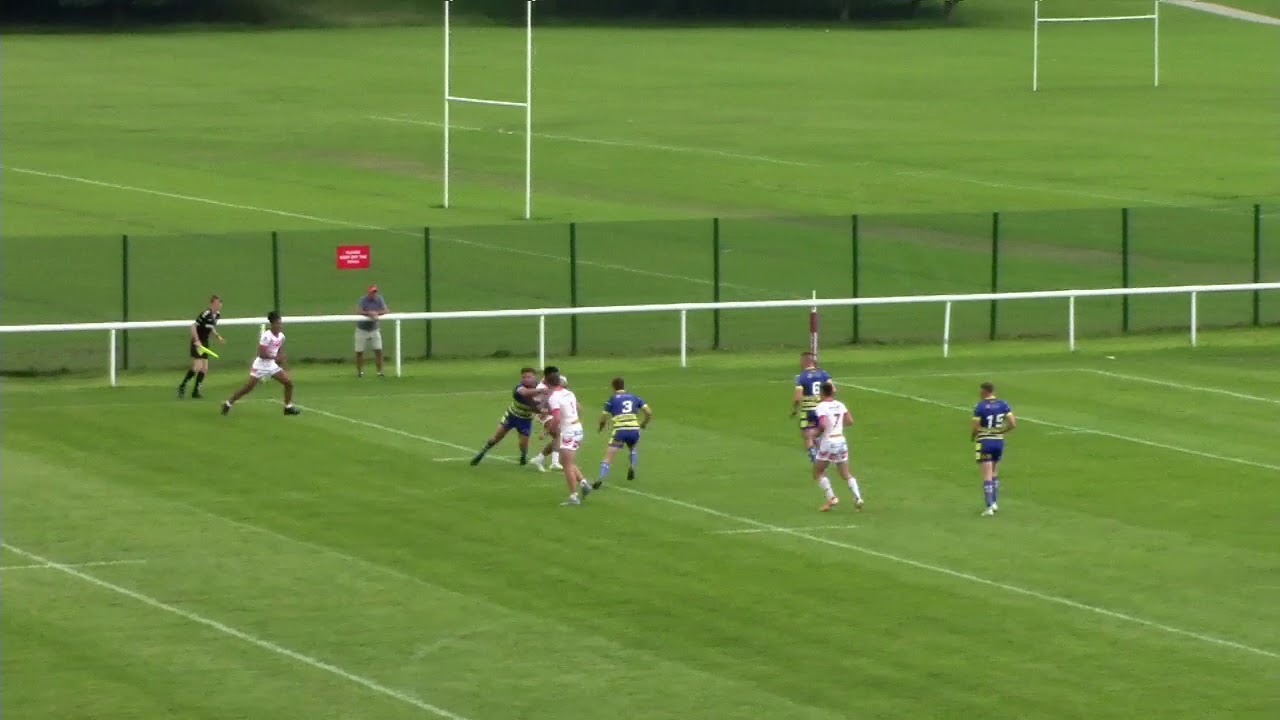 WATCH: Saints U19s make it two from two in Warrington

Lewis Dodd opened the scoring on two minutes with the first of Saints 14 tries after John Hutchings broke the line and offloaded to Jake Wingfield who in-turn offloaded beautifully on his inside to Lewis Dodd who strolls in under the sticks.

But the Wolves levelled matters six minutes later after a strong run close to the Saints line saw Dean Beddall power his way over in front of the sticks.

Saints went back in front thanks to Matty Foster. After a break from Wingield, he passed on his outside to Foster who sprinted in to finish in the left corner.

Paul Nash pushed the Saints out into a 12 point lead, as Welsby threw a dummy before breaking through the line and offloading to Nash who won the race to the sticks to score our third try of the game.

But again Warrington responded with two tries, which turned out to be their final scores, through Ellis Longstaff and Jamie Abram.

But three Saints tries in the final eight minutes of the first period were the turning point.

A John Hutchings effort, Dodd missing his one and only conversion of the afternoon, was quickly followed by Foster’s second of the day.

Saints switched the ball from left to right, Nisbet finded Hutchings on the wing and he went in for Saints’ fourth try of the half before brilliant work from Sambou resulted in Foster running half the length of the pitch to score his second try of the game.

The game breaker was delivered on the stroke of half time as Tom Nisbett scored the first of his brace. Off the back of a beautiful 40/20 by Dodd, Saints started the set ten metres from Wire’s line. They then switched the ball from left to right and Welsby set up Nisbet who went in at the right edge. Dodd’s conversion pushed the Saints out to an 18 point lead at the interval.

The Saints braced themselves for a Wolves backlash but this never materialised and the second half became somewhat of a procession with the Saints scoring 48 unanswered points.

Off the back of another Dodd 40/20, Welsby offloaded to Foster and he sent Wingfield away and he powered his way over from close range.

Seven minutes later, Welsby threw the ball wide to Sambou and he raced in at the corner to score his first of the game, before our ninth try of the game came through Nisbet after he touched down in the corner.

Welsby got in on the act himself as Saints won a penalty from the restart and he bounced off a tackle and touched down to the right of the sticks.

Six minutes later, Welsby crossed for his second of the game after he dummied past a Warrington defender and scored next to the sticks.

As the seconds ticked over to the final whistle Nico Rizzelli’s try took the score to 80 and Dodd’s 13th successful conversion put the icing onto a very large cake.

Coach Derek Traynor was full of praise for his charges afterwards as the Saints surged back into second place in the table.