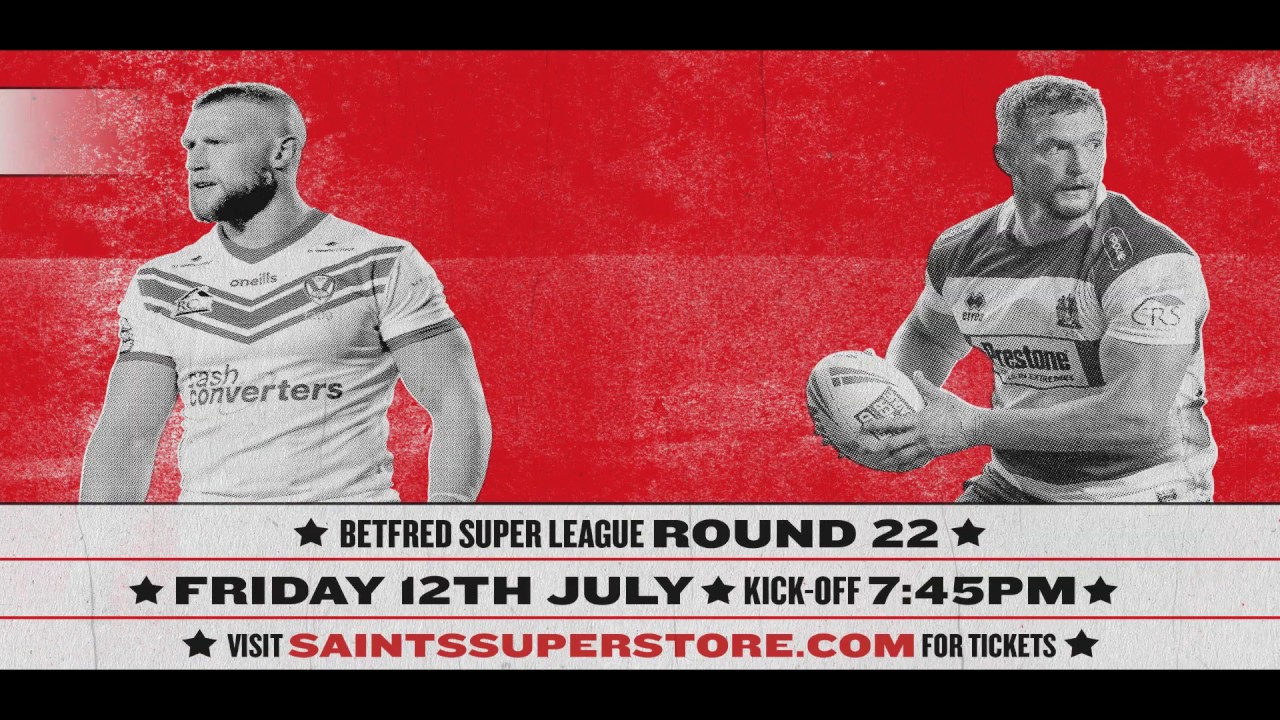 A BAD Friday is on the horizon

The Saints have already registered two convincing victories over the Warriors so far this term, including a Good Friday thumping at the DW in April. We have set the pace and currently command the top end of the Betfred Super League table but form goes out of the window, as the two sides go head-to-head at the Totally Wicked Stadium in Round 22 of the comp.

The Warriors will head to the fortress of the Totally Wicked Stadium, a venue at which the Saints have a fantastic record in 2019.

Local bragging rights, two Super League points and a chance to further cement our position at the top of the table, are at stake as well as the chance to write another page in the history of this great fixture.

Both teams will field an array of talent, with the Saints’ team featuring World class internationals in Tommy Makinson, Luke Thompson, Alex Walmsley and Jonny Lomax just to name a few while the Warriors will rely on the likes of Zak Hardaker, George Williams and the evergreen Sean O’Loughlin.

The fixture has gone from strength to strength and has secured it’s position as the biggest Derby in Rugby League, with countless dramas, highs and lows and is always truly combative with locals wearing their hearts on their sleeves!

BUT, for the first time in 24 years and 94 consecutive games, the fixture can only be experienced live with a match ticket as it will not be televised!

Tickets for this MUST-SEE event start from just £10 for 16s and under and £23 for adults.

Here is a little taster of what’s to come…