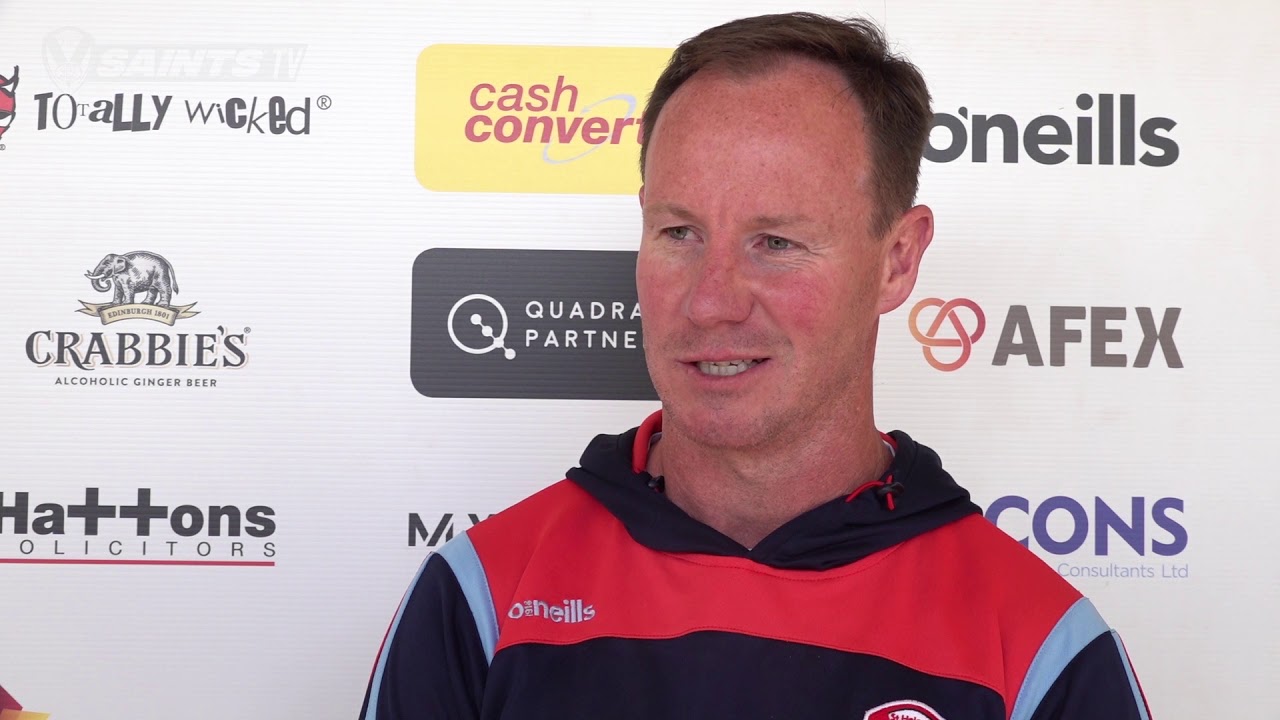 Holbrook also paid credit to the “cracking” atmosphere the Saints fans created in the win over Warrington last Friday and believes Saints have another big task ahead this coming week.

“The support was brilliant last Friday. It was a cracking atmosphere down at Warrington with both sets of fans really passionate and it was great to see. It’s another massive challenge for us Friday to travel up to Hull FC who are sitting third, so it doesn’t get any easier.

“Hull FC were in red hot form up until their derby defeat and they have got some key troops back and that’s what makes them such a dangerous side. They have good halves, strong outside backs and a big forward pack so it’s going to be a really tough game up there on Friday.

“[They have] Albert Kelly, Jake Connor, Mark Sneyd and Jamie Shaul at the back and they have some really key play makers that are very good players and the rest of the sides pretty strong as well.”

There was also an update on the injured Aaron Smith who Holbrook revealed has been ‘struggling’ this week and is a doubt for Friday night’s clash in Hull.

“Aaron Smith’s struggling, he’s still really sore there so we’ll have to see how he goes over the next couple of days. If he doesn’t play there Bentos [James Bentley] will play. I think did a really good job for us. He came on after three minutes and played the majority of the game at hooker so he’s a really versatile player and it worked out well for him on Friday.”