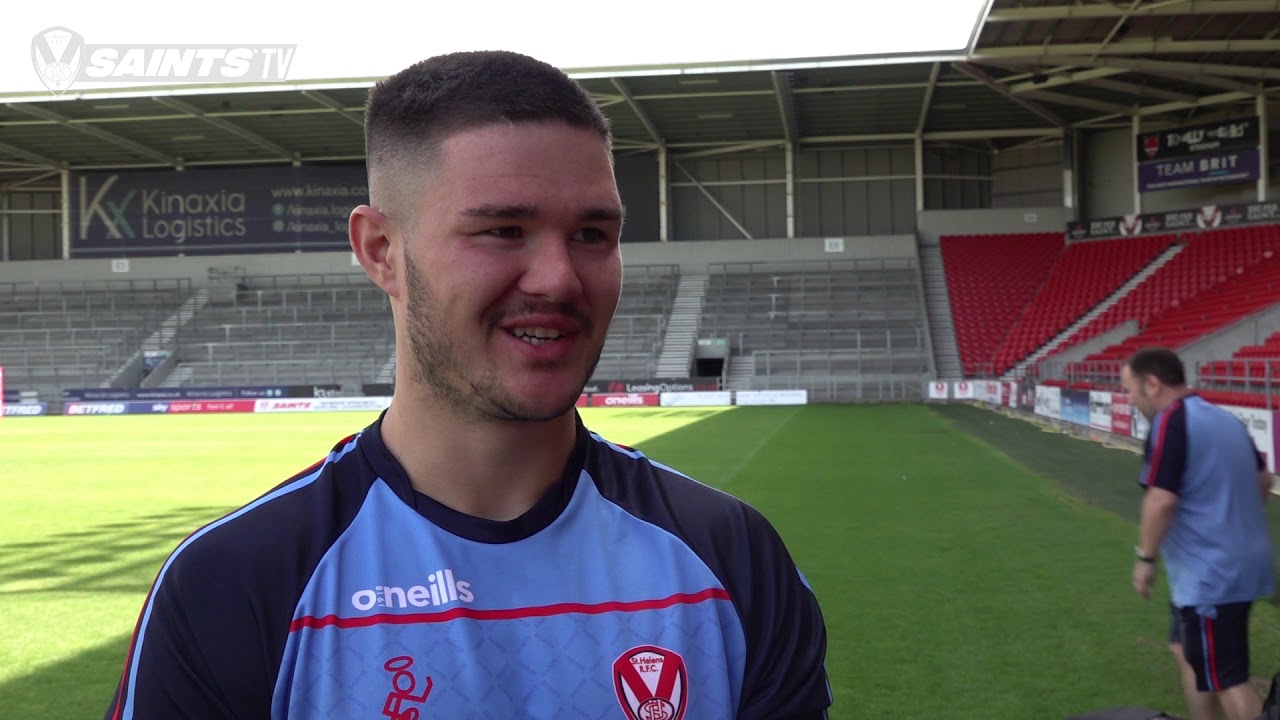 Bentley scored the match winning try – his first in the Betfred Super League in the dramatic late win over Salford back in May and  impressed in at hooker after Aaron Smith was stretchered off after just three minutes of Saints’ win over Warrington last week.

“It was a bit of a shock when I saw Az [Aaron] go down and I was told to get ready and I thought ‘oh I am going on here’. I wasn’t expecting to play so many minutes, but it was great to get that time and experience on the pitch and I really enjoyed it,” said Bentley.

Bentley grabbed his first Super League try in the late win over Salford and he admits he will remember it for a long time to come.

Bentley has enjoyed spells in the first team playing in various positions having played hooker, second row and even centre and asked what his favoured position is, James said:

Bentley has the fond record of never having lost a Saints first team game in which he has played and he will be hoping that run continues when he plays his part against Hull FC on Friday given Aaron Smith will not be fit enough to feature where he will test himself against one of the games best hookers in Danny Houghton.

“We were on about that the other day actually. My mum and dad were saying you have never actually lost for Saints and it is mad really, a bit surreal.

“I can’t wait to get out there and hopefully we get a few fans there travelling and it will be a great game. I am looking forward to going head to head with Danny Houghton, challenging myself and testing myself.

“They have obviously come off a defeat in the derby, but they have had a couple of good wins before that. They are a good team, they have big backs and big middles as well so it will be a good challenge for us but all the boys are looking forward to it.”

Next up for Saints at home is the derby with Wigan and Bentley hopes he will get another chance to shine when the Warriors come to town.

“Coming to Saints you always hear about the derby, talking around town and that so it’s another big game and hopefully I get to play in that as well.”