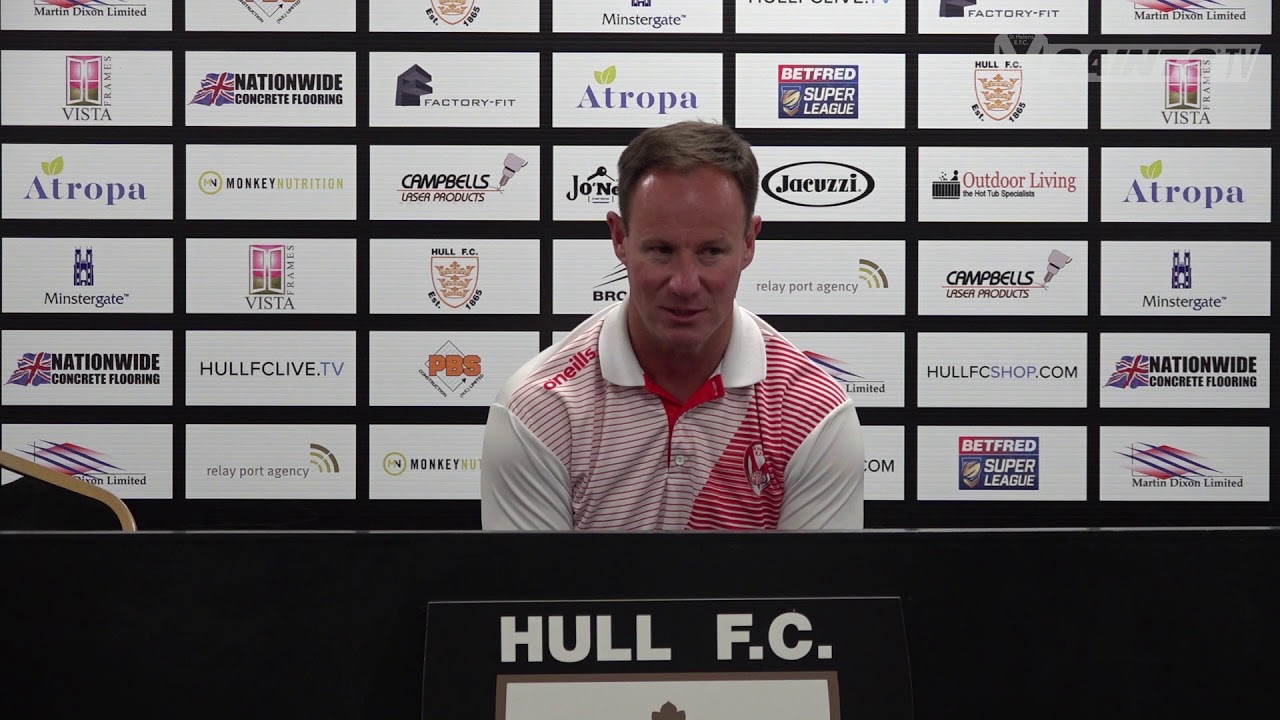 WATCH: Holbrook on Hull win and Roby fitness ahead of derby

First half tries from Morgan Knowles, Theo Fages and Lachlan Coote were added to by tries in the second half by Regan Grace, Jack Ashworth, Jonny Lomax and a Coote second as Saints came away with a 40-12 victory.

“It was really good. It is a tough place to come and play and a pretty hostile crowd so to come away with a good win like that, I am really happy, especially off the back of last week’s win. It is easy to ask the players to back up and play well again, but full credit to them for the way they went about it tonight – I thought it was a real good performance from us.

“We all know how dangerous an attacking side they are so to keep them nil for a large period of the game was a massive effort.”

He also praised the impact of Coote as well as James Bentley who came in at hooker for the injured Aaron Smith.

“Cootie is tremendous. I thought in particular early in that second half we really played some good rugby league which was great and late in the game the last 20 minutes felt like four hours! It was a real good performance from Cootie and I thought James Bentley was great too. To step in at nine and play 80 minutes here, he defended so well so I am really happy for him.”

“Joseph Paulo had to come off as he hurt his calf so he only played around 10 minutes. We had typical knocks and even though it was a big score line it was a tough game as Hull are a real physical side.

But there was some good news on Aaron Smith and captain James Roby who could be fit for the derby clash with Wigan Warriors on Friday night.

“Hopefully he [Aaron Smith] will be right next week he was just no good this week. Robes has a chance next week as well which is great. We will see how he is early next week but he is doing really well and is very keen to get out there which is great for us.”