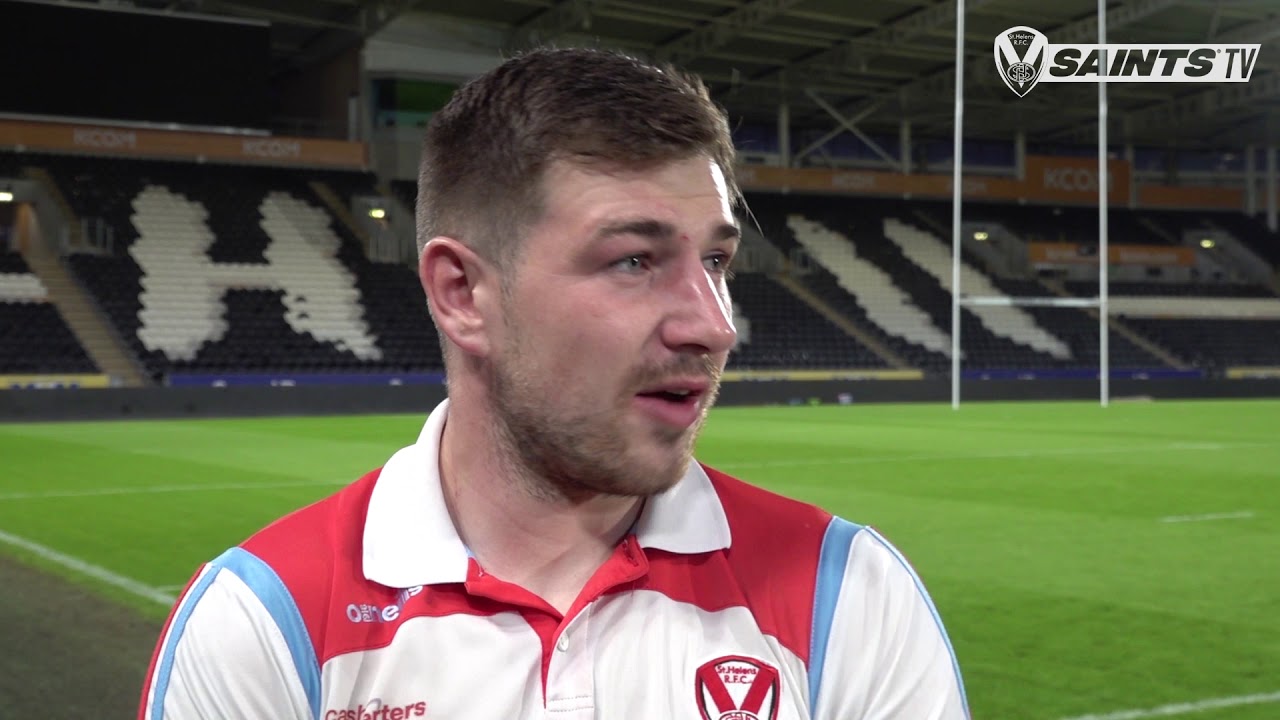 WATCH: Percival on win over Hull and “brilliant” derby ahead

First half tries from Morgan Knowles, Theo Fages and Lachlan Coote were added to by tries in the second half by Regan Grace, Jack Ashworth, Jonny Lomax and a Coote second as Saints came away with a 40-12 victory.

And Percival insists it was a tough game and believes the Saints must continue to build ahead of the derby next week.

“It was tough and a bit similar to last week going set for set in the early stages. We said it was going to be a hard game, they had a good team out and it was a real tough game and especially with the hostile crowd it was good to get the win.

“We need to keep building. Last week was a good win and we wanted to carry on doing that this week and we showed that tonight, coming all the way to Hull and putting in a good performance. We have got some big games coming up so we need to keep focussed for them, but it is going good at the minute.”

On our derby opponents Wigan next week, Percival said:

“Wigan are coming good now, they are climbing up the table and they are a great side so to get a derby game at home next week is going to be brilliant. We are playing well, they are now playing well so it should be a really good game!”