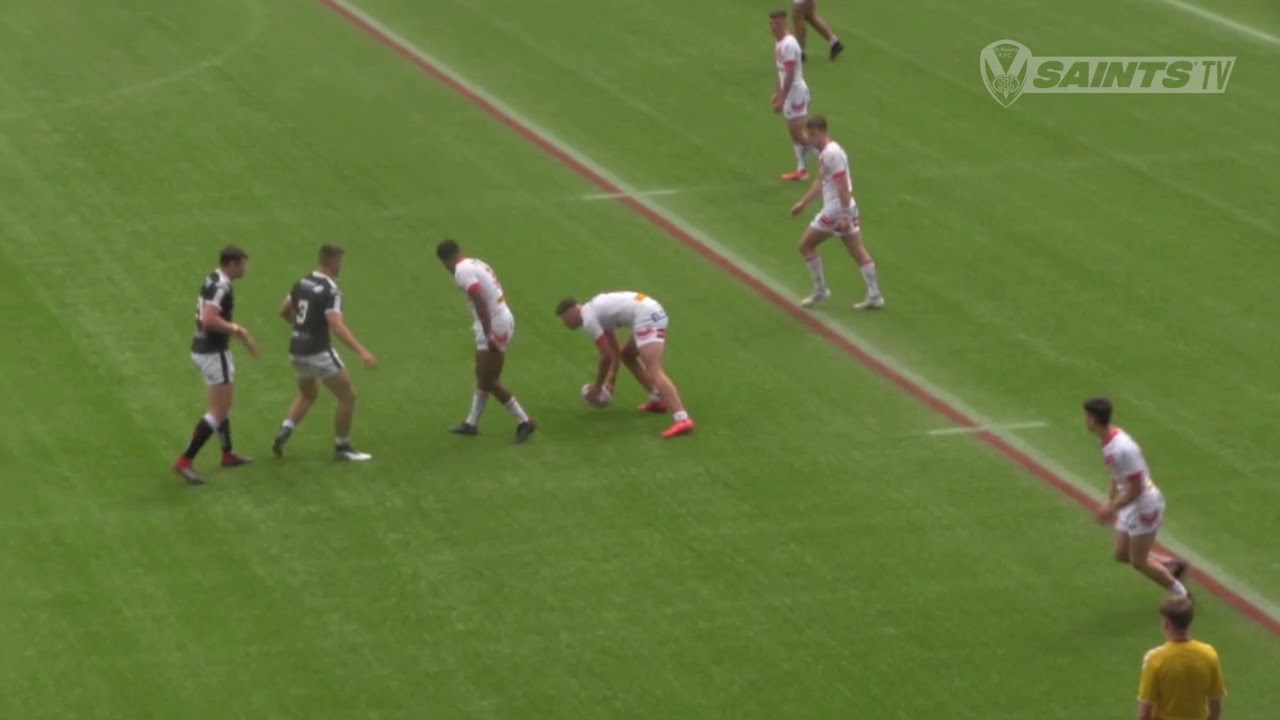 The Saints, fielding several players hailing from the Widnes area, took control when Jack Welsby opened the scoring for the Saints after just eight minutes with a typical individual try. He picked up the ball under pressure in his own half before taking on numerous tackles and scoring in the right corner.

Six minutes later Captain Sam Royle increased the lead after he stepped a few tackles close to the Vikings line to score. The try was converted by Lewis Dodd, but the Saints took their foot off the gas allowing the home to level the scores with two tries in a ten minute period through Josh Wilde and Jordan Brown.

This spurred the Saints into life as first Dodd pinched the ball in a one on one steal, to score next to the Widnes sticks before Rizzelli powered his way over in the left corner to stretch the lead back to a healthy 12.

Five minutes into the second half and a fine Welsby break ably supported by Matty Foster saw the 12 point lead restored after the Vikings had closed to within 6.

The game was effectively put to bed five minutes later when, as a Vikings attack broke down, Ryan Horne mopped up the dropped ball feeding Tom Nisbett who sprinted 70 metres to score.

With 15 minutes to go Welsby again showed his class. Great footwork at the line saw him ghost through untouched from 50 metres to score. Dodd’s third conversion of the half completed the scoring for the Saints.

The home side scored a consolation try through Brown’s second with five minutes to go, but the game was won.

Dodd, Royle and Foster were the pick of the Saints with Welsby back to his unplayable best at times.