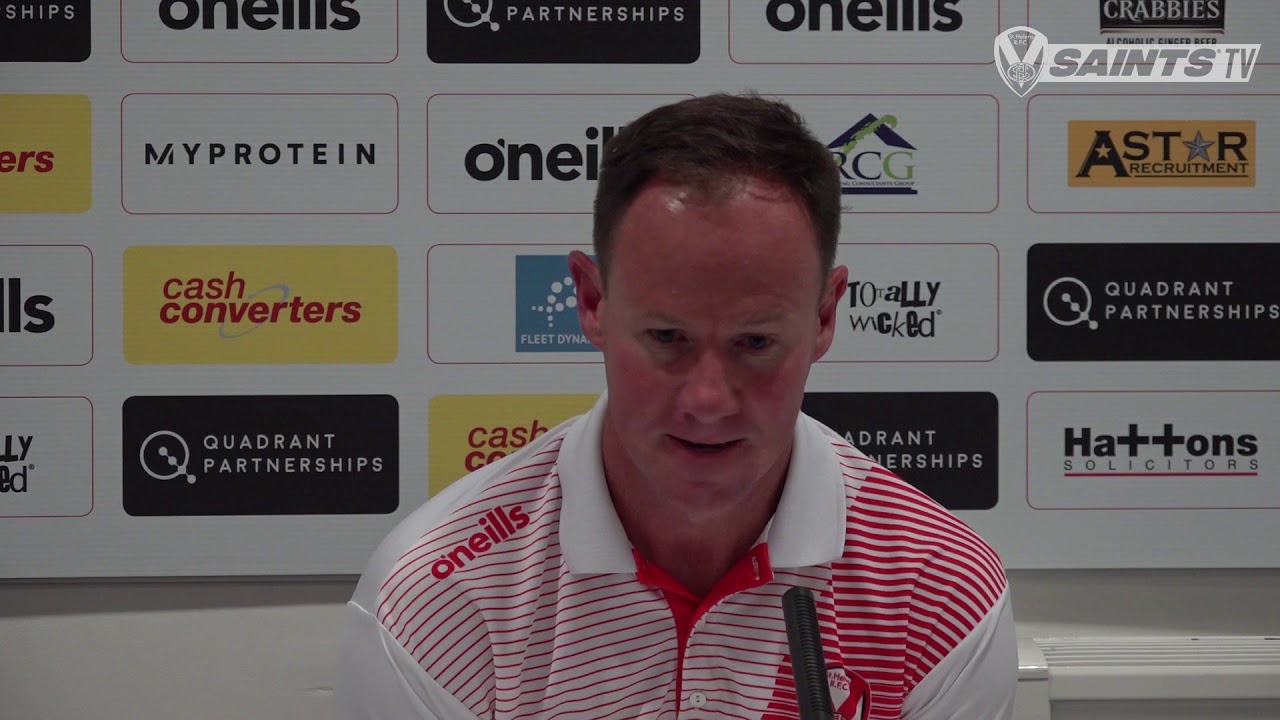 Saints came out on top after a 32-10 victory in a home sell out at the Totally Wicked Stadium after a double from Makinson was added to by tries from Coote, Naiqama and Lomax.

And Holbrook hailed his teams effort after prevailing in games against fourth, third and second in the Super League over recent weeks.

“I have been saying every game is hard, but to play second, third and fourth three weeks in a row is hard and on the top of it playing our toughest rivals Wigan, it is just a huge credit to the players the way they keep turning up. It was a massive effort and a great win.”

James Roby missed out on the win, but James Bentley stepped in and was excellent.

“I found out yesterday [that Roby wouldn’t be playing]. He trained with us this week and he still wanted to play as I expected, but it was just a smarter decision to leave him out. The reason we got him operated on was to try and play pain free, but if he would of played tonight I am sure he would have been fine, but he would have been in discomfort so it was the better option not to take that risk.

James Bentley is playing great. Every opportunity Bentos he has got he is competing so hard and it is great to have him in the side.”

Saints kept rivals, the Warriors to just one try and Holbrook paid credit to the defensive performance of his players.

“Watching the last four or five games Wigan have played and how dangerous they have been with the ball, they have danger everywhere and to do as good as job as we have done tonight and to only concede the one try is tremendous and shows how hard the players work and its great to watch and defensively they are superb.”

Lachlan Coote was taken off in the second half and Holbrook revealed he felt pain in his knee.

“He [Coote] has got a little twinge in his knee. There was no point leaving him out, so we took him off as a precautionary.”