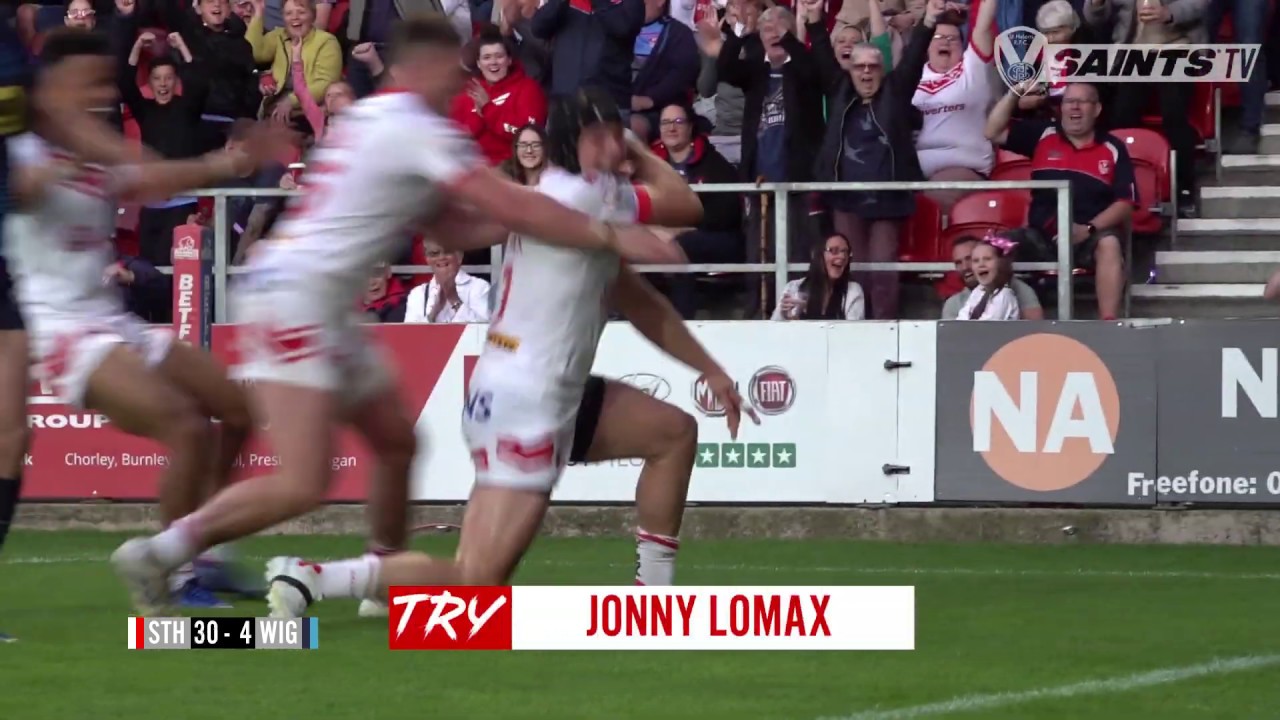 Two first half tries from Tommy Makinson and a Lachlan Coote penalty sent Saints in at the break with a 12-4 lead after Zak Hardaker had converted two penalties for Wigan.

Saints started the second half in perfect fashion with Coote latching onto a Theo Fages kick to extend the lead. Two more Saints tries followed as Kevin Naiqama pounced on a Wigan knock on to score and Jonny Lomax chased down a blocked kick to pick up and score. Hardaker scored a consolation try for Wigan, but Saints came away with the bragging rights.

Saints are next in action away to London Broncos on Sunday where we will be looking for revenge following defeat there earlier on in the season. You can get your tickets online here by calling 01744 455052 or by visiting the Ticket Office at the Totally Wicked Stadium.

We then have a Coral Challenge Cup Semi Final against Halifax on Saturday July 27 (KO 4:30pm) at the University of Bolton Stadium and are online here.  We are also now offering ‘What If’ forms for 2019 Members who have an exclusive opportunity to pre-book their tickets for the Coral Challenge Cup Final IF we beat Halifax.