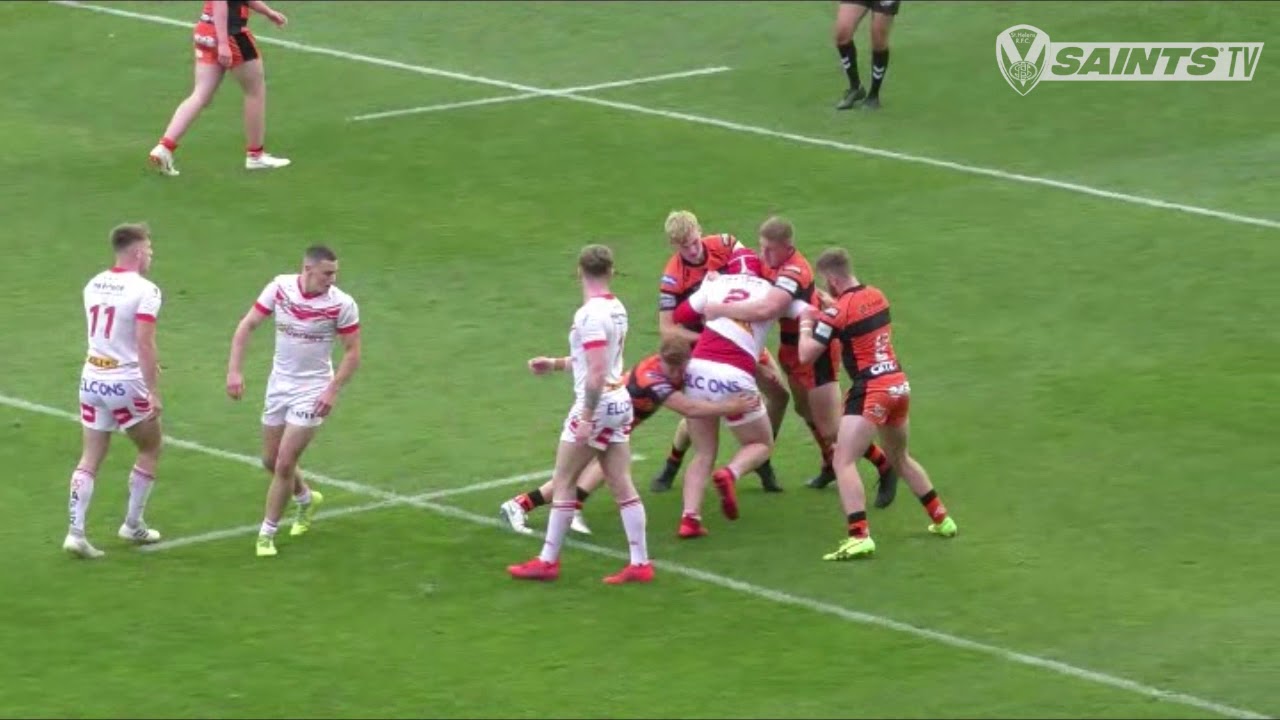 Despite going behind to a third minute Tigers try, the Saints hit back on 10 minutes and were never really in any danger from then on.

Foster scored courtesy of a delicate Lewis Dodd grubber on the last tackle which bounced kindly for the second rower to take and put down.

The Saints went ahead on quarter time again from a last tackle Dodd grubber through the line. Jake Wingfield had been held up over the line on the fifth, but Simm chased the kick well beating the cover to the touchdown.

The Tigers were finding it increasingly difficult to deal with the Saints pack led by Harry Brooks and Jamie Pye and it was Pye who increased the lead on 27 minutes charging onto a Wingfield pass in front of the posts. He still had a lot to do to score twisting out of a three man tackle to plunge over.

With five minutes to go the Saints were denied a try as Nico Rizzelli jumped high to pluck a Dodd bomb out of the air only to juggle it over the line on his way down.

The Tigers opened the second half with a sinbinning of their left centre for a high tackle on Wingfield.

Ruthlessly the Saints took full advantage taking the game away from the visitors with two tries in that 10 minute period.

Firstly Lewis Baxter scored running in from 30 metres after Sam Royle had been held short on the last then contributed to a repeat set by pushing the Tigers back over the line.

10 minutes in and Dodd was this time on the receiving end of a last tackle grubber kick as he pounced on Wingfield’s kick.

Although the Tigers scored a last minute consolation the final 25 minutes belonged to Foster with the metronomic second row getting some reward for his all-action displays.

For his second he dove over from dummy half after selling a great dummy.

His third came from a Jack Welsby break down the right with Foster up in support on the inside.

And his fourth, although coming in similar style courtesy of a Welsby break, was his best as he outpaced the cover from 60 metres to dive over under the sticks in front of the Saints fans.