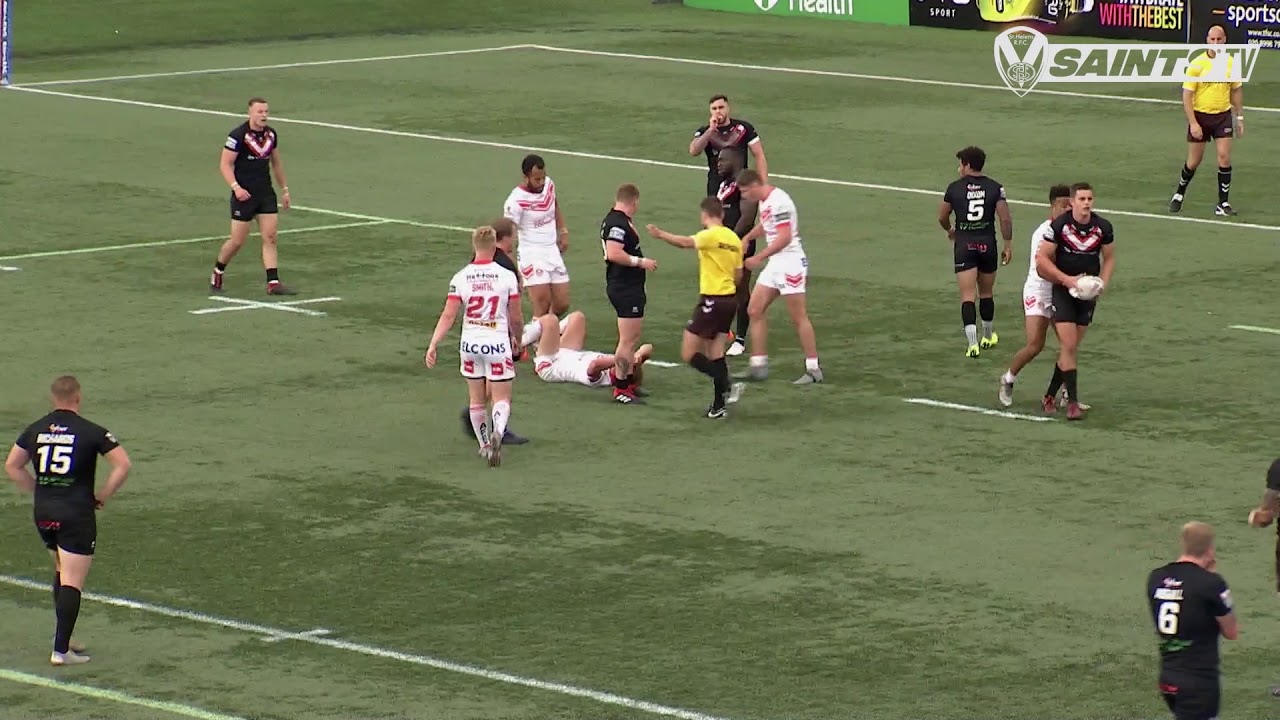 WATCH: Highlights of our trip to London

Two first half tries for from Matty Fleming and Luke Yates either side of an Aaron Smith try and a Kieron Dixon penalty gave London an eight point lead at the break. In the second half Danny Richardson reduced the deficit after great work from Jack Welsby before tries from Alex Walker, Matty Gee and a second try from Fleming gave London a 32-12 victory in the capital.

After the game, Josh Simm reflected on his debut and despite the defeat Justin Holbrook was proud of his young Saints.