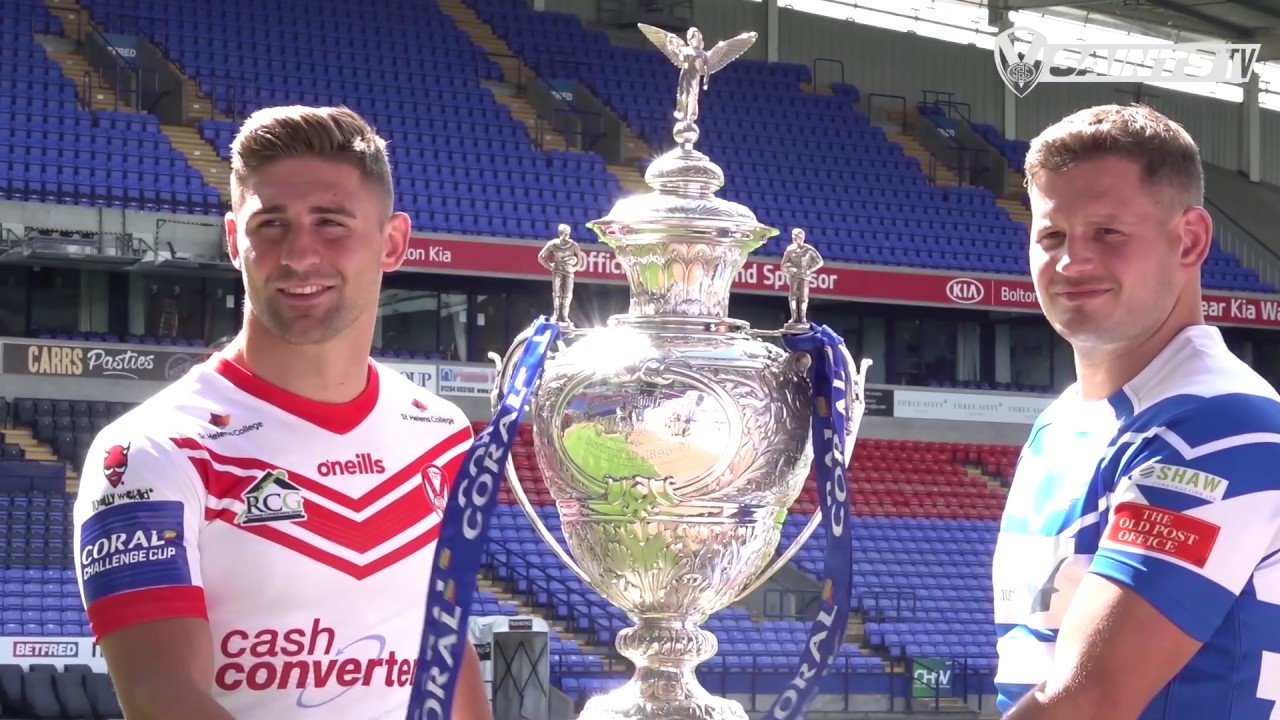 Saints head into Saturday’s Semi-Final at the University of Bolton Stadium knowing a win over Championship side Halifax will mean a first Wembley appearance for 11 years.

And at a joint media event at Saturday’s Semi Final venue, Makinson insists Saints will prepare for a “big” clash regardless of the opposition.

“We just need to prepare for a big semi final clash. It doesn’t matter who you are playing. We will show the respect to Halifax, they deserve to be here because they have beaten all the teams put in front of them and we just have to beat them now and we will be doing everything we can to do that and put on a good performance to get to Wembley.

“We need to [get to Wembley]. This club deserves to be at the biggest stages, it deserves to play at Wembley and it is something I am looking forward to doing and hopefully we can re-pay these loyal fans who have stuck by us for years and years as it has been a long time since we last won a trophy so hopefully we can bring one back.”

Makinson believes it is great for the game of rugby league that these high profile fixtures are being played at venues across the country and the England international is naturally hoping Saints can go one better than we did last year in Bolton.

“The last one [neutral ground] we played was at Anfield and to take rugby league to different places is fantastic and Bolton isn’t too far away for all the fans to travel as well so obviously it being a semi-final as well we are going to bring great numbers and there are a couple of games here as well so it’s all going to add to the atmosphere which I am really looking forward to.

“Last year we struggled and got beat and we are sat here in the same position as last year and we didn’t do what we want to do so hopefully we can get this semi won and move on to Wembley, but there is a lot of hard work to do in between.”

Tickets for our Coral Challenge Cup Semi Final against Halifax on Saturday (KO 4:30pm) at the University of Bolton Stadium and are still on sale online here.  Today is the final chance for you to submit your ‘What If’ forms for 2019 Members who have an exclusive opportunity to pre-book their tickets for the Coral Challenge Cup Final IF we beat Halifax.