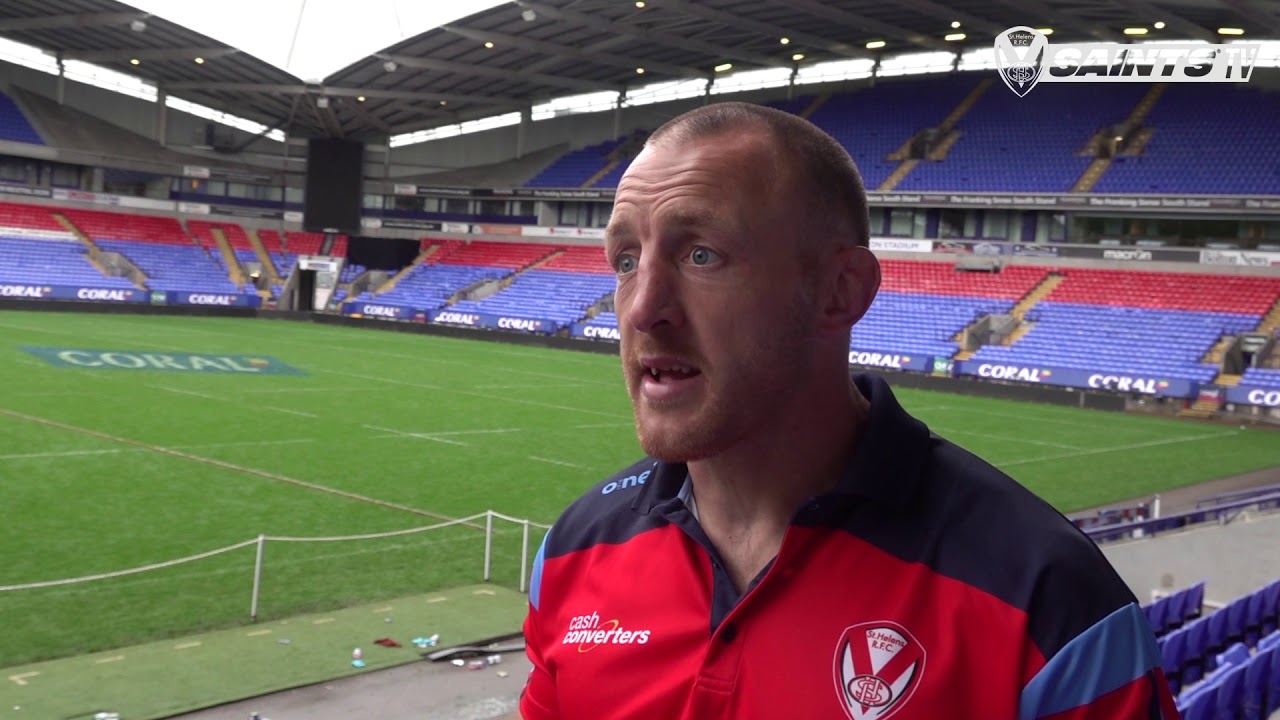 WATCH: Roby admits it feels fantastic to be back at Wembley

Saints saw off a stubborn Halifax team 26-2 at the University of Bolton Stadium to reach the Coral Challenge Cup Final at Wembley where we will face Warrington Wolves.

And Roby is thrilled to be back at Wembley.

“It feels fantastic to be back at Wembley. It’s great for us as a team, as a town, for the supporters, for the families and everybody involved, the staff at the club, everything. It’s just great to come here and get the job done today because obviously losing here last year, we wanted to right that wrong and luckily we did, and what a tough game it was.

“I definitely think they’re a credit to the championship. I think it was two all after 32 minutes or something like that and we only went in at half time one try up and it’s a bit of a tough scenario going into a game like this where everyone expects you to win and rightly so we should do but Halifax, they didn’t half give it a dig today and I thought they just hung in there and carried on defending and defending and ultimately in the second half we improved a little bit the way we played and the amount of field position that we had and the amount of defending that they’d done probably took it out of them. But yeah, I thought they were fantastic.

“I was just glad to be back in the team to be honest. I’ve been sat in the stands watching the lads put all the hard work in and I appreciate it so much from a team point of view and I just wanna go out there and do my bit. It was good to get back on the field with the lads today but there was some great performances, I think our outside backs, the way they carried the ball continuously all day got us out of a bit of trouble at times and obviously good to be back, and a happy memory this time around.

“I think Saints vs Warrington are always massive games, a local derby and I am sure we will both take lots of fans. It is a fierce rivalry and the lads will be up for it, don’t worry about that. We are going to Wembley which is fantastic but at the back of my mind we are going there for a reason, we are not just going there to make up the numbers.”